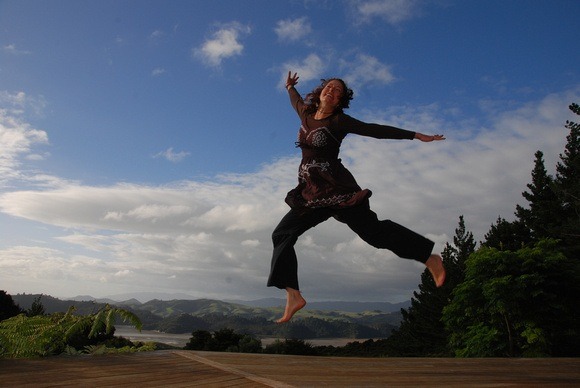 After my popular article about how travel isn’t all roses and lollipops featuring the crazy mis-adventures I’ve had in my 7 years of full-time travel thus far, I felt it was necessary to counter-balance it with tales of pure unadulterated adventure.

Because, for every mis-adventure I’ve endured along the way, I’ve had equal (if not excessive) amounts of amazing, bizarre, adventurous, and enlightening moments.

Here is a mere sampling (in a vague sort of chronological order, but far from inclusive of all the places I have visited):

Taking the train across Canada was tops (although I don’t have any particularly good posts to highlight on the topic; I was still new to (good) blogging).

And living in the rocky mountains for 7 months was a dream come true. I got to summit a few mountains, and I even delved deep (into my fears, as well as the ground) with some caving.

Just prior to departing Canadian shores, my partner (at the time) and I landed a volunteer gig in Hawaii. Among other odd adventures like neurological disease and getting a black eye from a deaf guy, I learned to milk goats, which was surprisingly fun.

(One minute I’m a financial tycoon in Toronto, the next I’m milking goats in Hawaii. How’s that for a progression!)

At our next volunteer gig on the other side of the island, I got to paint pretty pictures in trade for my accommodation. No, really!

Kona: Where We Live

(In addition to the above post, you can see more of my artistic endeavours in this post).

I also managed to go a long way to conquer my little ocean phobia:

…skipping a few countries (and bad experiences) to get to….

Although I got 37 spider bites and survived the country’s worst-ever natural disaster to date, not all my time in Australia was traumatic.

I had a kangaroo follow me around for six months (I ignored the fact that he was trying to hump me the whole time).

I also learned the art of fire spinning, which I continue to practice where and when I can.

And I loved having my travel preconceptions turned on their side with this unexpected experience:

And some of my best experiences in Australia were when I returned a year later to ride the rails…and ride them I did.

I started with the 3-day trip from Darwin to Adelaide on The Ghan:

Train Travel: The Ghan from Darwin to Adelaide (part 1 of 3)

In my surprise at not finding boredom on that train ride, I decided to up the ante and ride 11,000kms in 11 days…straight. My purpose: to see if it’s possible to get bored on a train.

Taking the Indian Pacific Train Across Australia: Part One

New Zealand remains one of my favourite countries in the world, and I’m hard-pressed to choose just a few favourite experiences there. I’m quite sure I will return – again and again.

My initial quick trip there was solely to shoot a travel tv show – which is something I’ll never forget.

A Week-In-The-Life of The Professional Hobo: Shooting a TV Show

In that week, I did more high-adrenaline world’s highest/lowest/longest activities you can imagine. Highlights for me included the world’s longest fixed-line abseil (into a watery cave)…

…and a day of heli-sledging, which involved taking a helicopter to a remote stretch of white water and sledging down it – a sledge being a glorified boogie board designed for white water.

I loved New Zealand so much that when I got back to Australia I said goodbye to my Aussie life and friends (and boyfriend), and two weeks later I was in magical New Zealand for many more months.

My soft landing came in the form of a volunteer gig at Mana Retreat, to which I returned three times in later months and years.

And I learned (or at least tried?) the art of meditation – for better or worse!

Sister Shalom and the Art of Meditation

After randomly choosing the farthest place from New Zealand to fly to (given my having enough frequent flyer miles to do a long-haul business class trip – and my never doing anything in small measures), I landed in Spain and embarked on one of my favourite volunteer experiences – and something that is easily replicable by anybody with as little as a week for vacation:

Volunteering at Vaughan Town in Spain: A Cultural Experience

In two short weeks of volunteering, I met enough people who offered places to stay for my next four months of wandering around Europe. My first home-stay was just outside of Madrid, where I met Toro Bravo.

Encountering the Artist: A Random Experience in Spain

A few months (and countries) of European wandering later, I arrived in Paris to start shooting another tv show (or rather a pilot episode of a travel tv show)…in Paris and Nepal.

Because of the non-disclosure nature of the show, I was unable to write about my experiences or publish pictures. But a few years on, I will say that among other things, I performed with a breakdancing troupe on the steps of Sacre-Coeur, was blessed by a panel of lamas in Kathmandu, and got stuck for three days trying to fly out of the world’s most dangerous airport in Lukla (which was much more fun than it sounds).

All of them – and more – were absolutely amazing experiences.

A year later, I ended up hanging out with some of the crew and producers in Prague.

Naked in Prague at Night

In my short time in Sweden, I fell in love with the food there. This was surprising, as I hadn’t particularly thought the food would be a big draw. And in the name of adventure, I tried – and didn’t hate – the worst-smelling food in the world (no really, that’s a fact).

After my Aussie train stunts, I was contacted by a travel colleague to participate in the inaugural Ultimate Train Challenge: a 30-day trip from Lisbon to Saigon…all by train. Of course I couldn’t refuse!

Among the many (many, many) highlights, I rode the epic week-long Trans-Siberian train from Moscow to Beijing:

(for those who prefer to read instead of watch):

A Week on the Trans-Manchurian Railway

I also had some of the most unexpected and paradoxically amusing experiences in the Ukraine.

The Very-Fast Train is One Hour Late, and Other Ukrainian Paradoxical Experiences

I also had a lovely full-circle experience in returning to the exact same spot of the Great Wall of China, 18 years after my first visit. (I may be crying in the video below, but believe me – they’re happy tears!)

Beijing – Then and Now

And I decided I love train travel in Asia.

As the final stop (and resting place) on the Ultimate Train Challenge, I fell head-over heels in love with Vietnam. The train ride from Hanoi to Saigon was among my all-time favourite trains.

And I did a cultural street food tour from the back of a scooter – that I recommend to anybody and everybody who will listen to me.

After my first three months in Grenada (which weren’t among my best), but were good enough for me to wish to return), I enjoyed three months of sailing around the Caribbean, living on five boats spanning three countries.

I also got to chill on the most dangerous beach in the world (just sayin’).

Between stints in Grenada (a place that will become an increasingly common theme on this site as I’ve developed a home base there), I spent a few months house-sitting in Switzerland; another country to which I expect to return.

Among other highlights, I made my first solo mountaineering attempt (really, it was a glorified hike, but “mountaineering” sounds much cooler).

There are a number of things that keep me coming back to Grenada, from the weather to the pace of life to my partner who I met there. Although I’m developing a home base of sorts in Grenada), it’s also a place that is still so culturally and logistically different from what I’m used to, that I feel like I’m traveling every time I leave the house. The learning never stops!

Don’t Send Me Presents: My House Has No Number, My Street No Name

Like I said, this is just a smattering of the amazing adventures I’ve had in my 7 years of full-time travel since I started traveling full-time in 2007. And although I’ve got some horrific tales to tell, I also have some hilarious ones, some heart-warming ones, and just plain happy ones.

After reading my earlier post about my mis-adventures, a friend wrote me and told me I’ve done it all, and (despite the good times) he thinks it has aged me. He encouraged me to return to an “ordinary” life.

My response? Thank you, no. For every mis-adventure I’ve endured, I’ve had exponentially more amazing experiences full of life, learning, and adventure.

And even if I did go back to “ordinary” (whatever that means), there’s no protection from life’s bumps and valleys, which tend to find us no matter where we are. It’s just a little more difficult to cope with bad things when they happen on the road.

For me, I choose an extra-ordinary life, even if it means sporting a few more lines of experience on my ageing face. (I’ll just call them laugh lines).

And I wouldn’t have it any other way.

22 thoughts on “Travel Rocks! Highlights from 7 Years of Full-Time Travel”