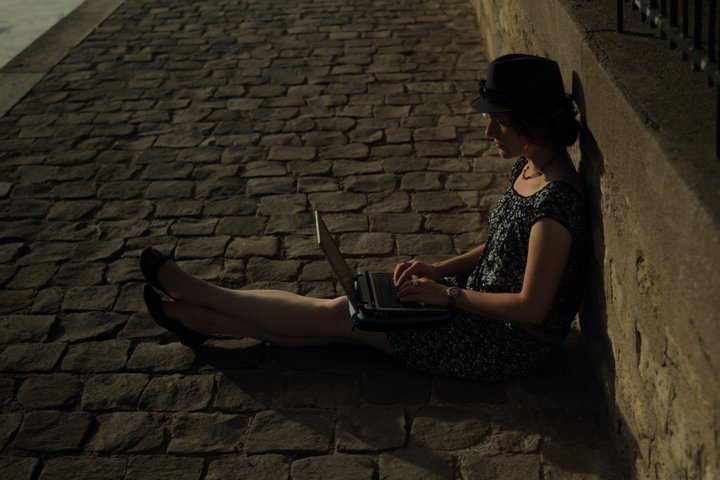 In 2010, I set foot in nine different countries and had dozens of varied experiences. (Click here for a video and summary of my 2010 travel adventures). Since I claim to travel in a financially sustainable manner, it’s only fair that I accurately record – and share – my actual cost of travel with you.

Although for years I’ve kept track of expenses for accounting purposes, it hasn’t been a fully comprehensive record of what I spend, since not everything I buy is tax-deductible. So last year, I took on the task of recording every single dollar/peso/yuan/bhat/whatever I spend. Although it’s a touch pedantic, I also find it rewarding and am continuing to do it this year as well.

Recording my actual expenses has been an interesting exercise in reaffirming that if you’re careful about how you spend your money, the full-time travel lifestyle costs less than living “conventionally”. Even though I spent most of the year in countries with a fairly high cost of living, my average daily expenses were as low as $9/day, and never (truly) higher than $70/day (including long-haul business class flights). And I had a bloody good time.

(At the end of this post, you’ll find a country-by-county breakdown).

Note: All expenses have been converted from local currencies into Canadian Dollars.

January was largely sedentary, as I was still in the throes of living a “homely” life with my (former) boyfriend Kelly. So the bulk of these expenses went to things like rent, utilities, car expenses, insurance, etc. The good news is that they were also shared with Kelly, which kept my actual personal costs lower.

In February I branched out a little bit more, and Kelly took over many of the “home” expenses. So my cost of living above is largely one of travel: to Sydney, Canberra, and New Zealand. Among other erroneous costs, I incurred some unfortunate medical expenses, and hired somebody to clean up my website. This cost also includes return flights to New Zealand.

March was spent finishing up my press trip to New Zealand, returning to Australia for a few weeks to pack my bags, and retracing my steps back to New Zealand to embark on the rest of the year’s adventures. Larger expenses for the month included some residual utilities from my place in Australia, airfare to New Zealand, and the purchase of an iTouch.

Yup, you read it right. I spent a whopping $137 during the entire month of April. This was because I was volunteering in trade for my accommodation and meals at Mana Retreat, and there was simply nothing to spend my money on! The majority of the month’s expenses were incurred towards the end of April, when I moved on from Mana and hopped on a bus to Rotorua to visit some friends.

Back to the “real world”! I spent a good portion of May staying with friends (aka: free accommodation), so my money was largely spent on living expenses like food, some side trips that I made around the North Island, and some major purchases (like a good pair of hiking shoes and some computer gear) in preparation for my trip to Europe.

After saying goodbye (for now) to New Zealand (a country I’ve fallen in love with, and from where I’m writing this post), I hopped on an incredibly long series of flights to Spain, where I spent the rest of the month traveling around and volunteering. The cost of these flights has been worked into my monthly expenses, believe it or not.

I was on the move in July! Though I only spent two days of the month in Spain, the relatively high cost was one of transportation as I moved on to Germany to visit a friend for a week. In turn, most of my expenses in Germany were spent on transportation and refreshing my wardrobe with some new clothes.

In France, my biggest cost came in the form of accommodation (in Paris, which for once wasn’t with friends or in exchange for volunteer hours), food (ah…those patisseries!), and a few “splash-outs” given that I was traveling with my Mum and her partner who had made the trip over from Canada to spend some time with me.

Then, it was over to England, where I spent a few days with a friend in London (going to a show, eating out, and getting fleeced by the cost of local transportation), before heading to Hampshire to begin my house-sitting gig.

Although the first few weeks of August were pretty inexpensive given that I was house-sitting, my expenses quickly escalated after moving on from that gig, and August became my biggest spending month of the year. The majority of this money was spent while traveling around Scotland with a friend; and at the height of the tourist season, we were renting cars, staying in hostels, and seeing the sights.

The last week of August was spent in Ireland, and most of my money went to transportation, and some birthday celebrations (aka: a few pints of Guinness).

Although this month may seem like my biggest month of the year, it is an inflated number, since over $1,600 of expenses (from France & Nepal) was actually an unrelated purchase of frequent flyer miles for future travel. Thus my actual travel expenses for September are realistically less than $1,000.

The biggest portion of the month’s spending happened in Ireland, and came from traveling to and attending a large music festival near Dublin. The remainder of my expenses for the rest of the month was covered by a travel television series I was filming the pilot episode with. So although I was traipsing all around the world, it was on somebody else’s dime! (Lucky me).

I settled back into a familiar life in Australia staying mostly with friends, going out a few times, and venturing about to ride The Ghan from Darwin to Adelaide.

In addition to continuing to spend time with my friends in Victoria, I also hit the road; re-visiting mates in Canberra and Sydney, as well as doing my epic train journey across the country and back on the Indian Pacific, riding over 11,000 kms of Australia’s rail system in just over 11 days in an attempt to see if I could become bored on a train.

Although you’d think that most of my expenses for the month would have been invested in this trip, it is actually a fallacy. Over $1,200 of November’s expenses went to my annual health insurance bill.

In the first half of December I said goodbye to my Aussie mates, and hello (again) to New Zealand; a country I’ve come to feel quite at home in. Again between staying with friends and volunteering for accommodation, my expenses were quite low.

As I touched upon earlier, I was no scrooge; I didn’t want for anything in 2010. I spent money when I wanted to spend money, I bought new clothes, I ate dinners out, and I enjoyed the company of friends in a number of scenarios – from drinking to hiking to sightseeing to attending festivals.

But in keeping my overall costs low by staying with friends volunteering, and employing some clever travel hacks, my cost of full-time travel was considerably less any full year I spent living a conventional life in Canada. And my location independent income as a writer more than covered my living expenses.

Fellow full-time travelers and armchair travelers alike: How does this compare to your own cost of living in 2010?