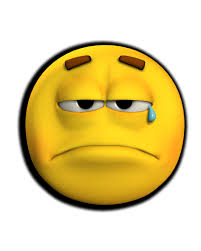 2013 was an odd year for me. It was one full of incidents and tragedies (many of which I haven’t written about, some of which I have). It was also one of serendipity and opportunity, and of course, a few new travel adventures.

I opened the year in Grenada, tootling along on my scooter and loving the island. However I started feeling guilty for not feeling motivated to work (despite the new year bringing with it a few gut-wrenching upsets that left me understandably distracted). I started writing about digital detoxes and considered what it would be to take a break and unplug.

Well, didn’t I get the digital detox of a lifetime on February 1st, when my partner and I were in a head-on collision, struck by a car who pulled out in front of us on our scooter. My partner spent the month in hospital with a severe hip injury, and I – somehow, with the help of some friends – took care of him and fended for myself given my own debilitating injuries.

So. February was kind of a write-off.

Three weeks after the accident I was wheeled through a series of airports to get some TLC from a friend in Florida as well as some medical tests and second opinions.

I returned to Grenada in early March and remained there, still recovering from the accident (and trying to push the juggernaut of an insurance company into action).

With three months of relatively sedentary life, I had a lot of time to reflect and (hopefully) grow.

And I took a lotta pictures of sunsets.

I questioned what the universe was trying to tell me, and soon started to feel like I was missing out on the travel blog industry’s massive growth.

I re-wrote my bucket lists, and eventually unveiled the first picture of me since the accident – amused by my own funky haircut.

And although I’m trying out the whole home-base thing in Grenada, it was still (and is still) a very foreign place to me, full of new discoveries and cultural explorations (and kissy faces) each time I leave the house.

In May one of my oldest friends came to visit me in Grenada for four short but very sweet days. It was so special to show off my adopted little island country to somebody so dear to me.

If I ever needed an excuse to visit my home town of Toronto, I got it when the travel blog conference TBEX was held there. But being in Toronto for the month rang home that when you travel full-time, the concept of having a “holiday” is much more difficult to define – and achieve.

I was still in my “reflective” mode after the accident, feeling grateful for my life and friends. When a reader emailed me and asked for “the real deal” of full-time travel (no candy coating), I decided to publish my response for the world to see: Brace Yourself: Travel Isn’t all Roses and Lollipops.

Then, after scaring a bunch of readers with that post, I reminded everybody that travel is still pretty cool by highlighting some of my awesome experiences in the last six years.

Summer in Grenada is very hot and very sticky (mental note: spend future summers somewhere else), but some more necessary time was required to attend to legal and other matters pertaining to the accident.

So I drew some inspiration from TBEX and gave birth to some new business ideas including my recent e-book release How to Get Free Accommodation Around the World.

However despite having just spent a month in Toronto, I found myself getting antsy in Grenada and my itchy travel feet were suffering. Thus when a friend suggested that it’s time for me to “settle down and return to an ordinary life” – I lost the plot.

So I started mentally packing my bags and reviewing my packing list, trying hard to revel in the uncertainty that had enveloped my life. And when I was capable of getting out of my own head, I realized I was still living in Grenada – a country that is still so full of wonder (and random observations).

Revelling in uncertainty paid off with a good dose of serendipity when, out of the blue, I was offered an awesome trip to Europe courtesy of Club Carlson. My prayers having been answered, I hopped on a plane to embrace my inner tourist in 8 countries over the next 3 weeks. I started the trip and capped off September in London and Glasgow.

October was my heaviest travel month of the year, being in the midst of my Club Carlson trip of hotel bliss. With 2-3 days in each location, I:

When the trip finished, I hopped back on a plane to Amsterdam to attend the swanky Art’otel Amsterdam VIP opening party, stayed for an extra week of Dutch bliss, then spent a week running errands in London before returning to Grenada.

I realized after my European trip that despite the year’s setbacks, I’m pretty lucky to have the career that I do, and that it’s actually made possible by a marriage of random skills I’ve collected through the years – years that I was chastised for flitting through too many careers.

I launched my book How to Get Free Accommodation Around the World, and packed my bags for a two-month house-sitting gig in Panama.

Then struck the next (and hopefully last) tragedy of 2013: Four days before my flight to Panama, my passport and thousands of dollars was stolen…by a house-guest in Grenada. It caused a long and expensive detour to Canada to expedite a new application (since there was no consulate/embassy in Grenada).

But I finally made it to Panama, where the breeze is cool (at least, by Grenada standards) and the people are warm.

So here I am in Panama. I just spotted my first toucan in the wild (from my terrace no less), and am enjoying the crush of vibrant life in the jungles that encroach on anywhere that isn’t lived in (not to mention the geckos, hummingbirds, bats, moths, butterflies, and other house guests that keep life interesting).

And after a few weeks of slowly organically integrating, something happened that made me realize why I love slow travel so much.

I have a lot to be thankful for in 2013. I got to see a dear friend in Florida (despite the reason being a head-on collision; granted it taught me a lot about what’s important in life), and I had a friend visit me in Grenada. I got in some quality time with family and friends in Toronto (twice). I had some awesome European adventures, and I eventually made it to Panama (my first time in Central America) for a lovely house-sitting gig. In between these destinations I chilled out in the Caribbean – life could be worse.

Although 2013 brought with it many blessings, it also brought a lot of pain – literally and figuratively. Thus, I’m ready for a new year. I’m bringing into 2014 a positive attitude, open mind, and sense of adventure.