Using Serendipity in Travel and Business 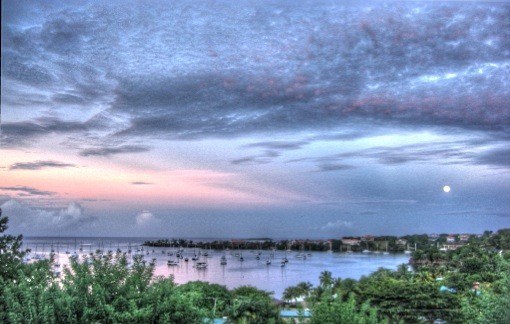 August was an odd month for me. When faced with challenges (as I was, many times this past month), a solution dripping with serendipity usually revealed itself if I remained patient and calm.

Losing – to Win – in Business

First was the dissolution of a writing gig/contract that I had come to rely on as a (somewhat) passive and consistent form of income for years now.

When I received the awful email with the contract news, the idea of losing a chunk of my income disturbed me, and I peered into the dark side of the feast-or-famine existence that is freelancing.

But I didn’t do anything.

I didn’t respond to the email in anger, nor did I make any decisions right away. I felt there was more to the picture yet to be revealed.

And there was. The deal that was offered as a contract buyout was amended to give me a reasonable chunk of change in exchange for losing my income, and what’s more – because I didn’t burn any bridges, they negotiated to keep me on as a writer – and have even referred me extra work.

In the meantime, three other editors serendipitously contacted me asking me to write for them. (One of them is Flight Network, for whom I’m now their Travel Hacking Columnist). The second (with TripCentral.ca) was for a series of articles over a few months. I even turned down the third offer (despite an incredibly high pay rate), as I instead chose loyalty to one of my other columns and publications, since there was a vague conflict of interest. (I don’t care how much I am getting paid; if the circumstances under which I am being paid to write don’t feel right, I can’t/won’t produce).

So what started out as some terrible news at first, ended up being a gift of inspiration in acquiring new writing opportunities, and shifting around the old to work out even better overall. This has created a ripple effect throughout my entire business; I’ve switched into a new gear and am amidst a number of big projects (TBA).

Ask, and the Plane Ticket Shall Come

The second example of serendipity happened over three days.

Day One: I realized my three month tourist visa for Grenada was going to expire in a month. Although I could extend it on the island, I’d rather travel and return. I’ve managed to get off the island before my visa expired every time thus far; I’m eager to continue the trend.

Day Two: I received an email from a soon-to-be-announced angel. They offered me a free trip (through a number of soon-to-be-announced destinations) that will be just what the doctor ordered. I’ll even receive compensation for my time, and it’s a great opportunity to explore a whole new element of points-based travel (a valuable technique for financially sustainable travel).

Day Three: I had a conversation with the soon-to-be-announced angels, and the gig was confirmed. Here’s the kicker: My departure date is the exact date that my visa for Grenada expires.

All this reminds me of an old proverb I wrote about ages ago: Good Luck, Bad Luck, Who Can Tell. You never know what’s behind that stroke of good or bad luck you’ve just been dealt. Remaining calm and patient can reveal a larger picture, an often with it, unanticipated opportunities.

12 thoughts on “Using Serendipity in Travel and Business”