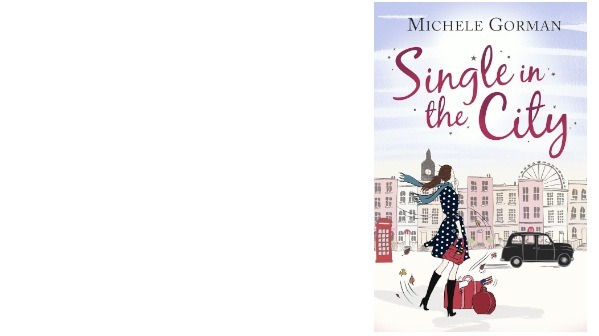 Julio Moreno is a Mexican-American from Los Angeles who realized his passion for travel in college, where he made it a point to take road trips once a year, even if he couldn’t afford them. As he graduated from college with $50K in debt, he knew that he had to work, but looked for other options besides engineering (his field of study).

When he found out he could teach abroad for a living in South Korea, he jumped at the opportunity. He fulfilled his three immediate goals after college: to travel, learn a different language (Korean), and pay down his debt. Three years later, he has visited 13 countries, is not too shabby in Korean (although not as good as he’d like), and his debt is nearly paid off. Please enjoy this week-in-the-life of Julio Moreno in South Korea and Japan!

9am: I realize it is Sunday and I don’t have work, snooze.

12pm: I wake up having remorse from having wasted a perfectly good day. I shower and head to the Korean National Museum for the second day in a row. I didn’t get to finish it, so my girlfriend and I agreed to head back today, how big could it be?

2pm: After a McDonald’s ‘breakfast’ (Quarter-pounder meal), we arrive at the museum. It’s a shame that it took three years to come here. As I am putting my coat in a locker, I spot the same museum worker I saw yesterday. We both look at each other in shame. Wait, why is he shy? He works here! Why am I? It’s a museum, not a brothel!

7pm: We are kicked out of the museum as it is closing time. We STILL didn’t finish it; maybe we’ll return next Sunday.

10am-2pm: Teach English to the morning pre-kindergarteners. This is my favorite part of my job but as they are about to move on to the next grade, my authority is quickly slipping.

2pm-4pm: Break time to prepare for the afternoon.

4pm-8pm: Teach English to elementary students. One student looks around to make sure her friends don’t see her. She sneaks a candy to my hand and says it’s a gift; kids are cute.

8pm: Meet my girlfriend to finalize our upcoming trip to Okinawa, Japan on Thursday.

10pm: I realize that I haven’t done my ‘homework.’ I recently started a language exchange once a week with my partner Korean teacher. She wants to raise her Standardized English Test scores while I just want to learn to speak more fluently. I write in my Korean journal, this is harder than I expected! Takes 2 hours.

7am: Wake up early, forget to snooze.

9am: I arrive at work early to do some grading.

10am-12pm: Pre-kinder again. I catch one of the boys teaching the others about “cultural differences between Korea and the US.” He gets through, and I learn something from a four year old: keep it simple.

2pm-4pm: Since I did all of my prepping in the morning, I use this time to think of future projects I want to implement for next semester.

7:30pm: Work is done. I meet my co-teacher and we head to a café shop to study. Along the way we talk about work, students, and life after work (she will be quitting soon).

7:45pm: We take the route through the outdoor seafood market in my neighborhood. I love to look at the different seafood, but I don’t like to eat it. I’m such a tease to vendors.

8-11pm: We study English and Korean. In Korea, it is very easy to stay in a ‘foreign bubble’ without ever interacting with the local population, nor even learning the language (which sometimes goes hand-in-hand). I was warned about this as soon as I arrived in 2009, so I have tried to have good relationships with the Korean staff at work.

11:30pm: I pack my bags for Okinawa. It will only be 3 full days (4 total) so I try to pack everything into my tiny backpack. While it works, I realize I won’t have room if I decide to buy anything. I opt for my regular-sized backpack.

4:30am: Wake up, shower, and walk to the bus stop. Airport buses stop in front of my house. I am reminded of how awesome public transportation is in Korea.

4:45am: The bus is late! I, along with everyone waiting, start to panic. I call the hotline and am told the bus will leave the depot shortly. I figure I have about 15-20 minutes, so I head to the 7-11 for warmth and a drink. Okinawa is subtropical at 22 Celsius today. Seoul is at -2 Celsius this morning, but in an attempt to reduce weight on my backpack, I decided not to bring a jacket. A decision I am now regretting.

4:55am: The bus arrives! I see it from the corner of my eye and my girlfriend and I dash to catch it. We almost miss it! This depot is closer than I thought!

6am: Arrive at the airport, check in, and the flight leaves on schedule.

11am: WARMTH! Seoul is freezing in the winter. As soon as we get out of the gate, people approach us welcoming us to Japan, and give us gift bags with keychains, maps, and postcards. This is my second time in Japan, and my girlfriend’s first, but she starts to realize why I love it so much. We take the tram to our hotel. It is 30 bucks a night for both of us, so I don’t know what to expect.

11:30am: We arrive at our ‘hotel’ which is more like a big house. The owner doesn’t speak any English, but is extremely helpful. He tells us that most of the things we want to do such as the aquarium, are nearly impossible without a hire car. He can get us a reasonably cheap car for $30 a day. We agree to take it tomorrow.

12:30pm: We head to see the Shuri Castle, the main thing I want to see in Okinawa. As I have been obsessed with visiting UNESCO World Heritage Sites, this will be #45 of the ones I have seen.

1pm-5pm: We walk around the complex of the Shuri Castle, better and bigger than expected.

7pm: We spend the rest of the night walking around Naha. We stumble upon a beautiful Shinto and Buddhist Shrine. It is one of the prettiest temples I’ve ever seen, overlooking a cliff.

9am: Wake up early because we don’t want to waste time. We head to the car rental shop and get our car.

10am: The rental guy accepts that I have an international driving permit, but doesn’t bother to look at it. When I give it to him anyway, he doesn’t seem to know what it is (even though it has instructions in Japanese). As I get the car and begin to drive, I realize that I haven’t driven a car in over two years, and Japan drives on the left side of the road. This will be interesting.

10:30am: I spend about 30 minutes driving around in circles to get a feel for the car. I pass by a gas station and realize that gas is about $8 a gallon; I immediately stop driving around and convince myself that I’m good enough.

11am: We drive north for three hours to the Hiji Waterfall. Even though it was in every website I researched, no one has mentioned it so far….odd.

2:45pm: About an hour into the hike we realize why it was closed. The recent typhoon that his the island knocked out many trees, damaging bridges and some paths along the trail, we decide to press on, despite the risk. As we get to the first waterfall, a major obstacle presents itself. A huge tree has destroyed the bridge we are on completely. Our only choice is to head back.

7pm: We head to ‘American Village,’ a foreign town in Okinawa. Although I have no interest, my girlfriend has never been to the US, and likes ferris wheels; how could I refuse.

8am: Wake up early as it is our last full day in Okinawa. After a quick breakfast, we head to the Okinawa Aquarium, one of the biggest in the world.

11am: We arrive at the aquarium which is smaller than expected overall, but the main tank steals the show with its three whale sharks, and manta rays.

1pm: We want to swim, so we head to Emerald Beach nearby. Since it is not in season yet, we are not allowed to swim. The beach is nonetheless breath-taking.

We head to a different beach.

3pm: Along the coast, we see many amazing spots where we could swim. We pull over and join some people playing in the shore.

4:30pm: We arrive at Manza Beach. It is supposed to cost 1000 yen a person, but since it is technically closed, there is no charge. Although it says no swimming, the people in charge don’t seem to mind.

7pm: We have our final dinner. Given we are below budget, we decide to pig out a bit. The server explains the custom of the forced ‘appetizer’ which we agree to. Despite ordering a bunch, the bill comes to about 3000 yen ($34 USD); not bad for two people in Japan.

10pm: Since we leave early tomorrow, I thought I’d try to park the car in the car rental place tonight instead of the overnight parking that costs $9 a night.

The car rental place is open, so I think, “maybe I can return the car now!” The owner insists that it is closed and that I can’t park there overnight. I don’t try to argue, but as I try to ask about their opening time, he thinks that I am insisting on returning the car now. He becomes agitated and accepts the car (big communication issues). Well, at least I won’t have to worry about the car in the morning.

10:30pm: We roam the rest of the night, buying souvenirs for our respective coworkers. We then pack our bags and leave the next morning.

Julio Moreno spent the summer exploring Machu Picchu, the Galapagos Islands, and Indonesia. Now he’s back in South Korea for another term of teaching. He hopes to visit the Philippines at Thanksgiving. You can learn more on his website Travel World Heritage, where Julio profiles all the UNESCO world heritage sites he has visited, along with useful travel tips.