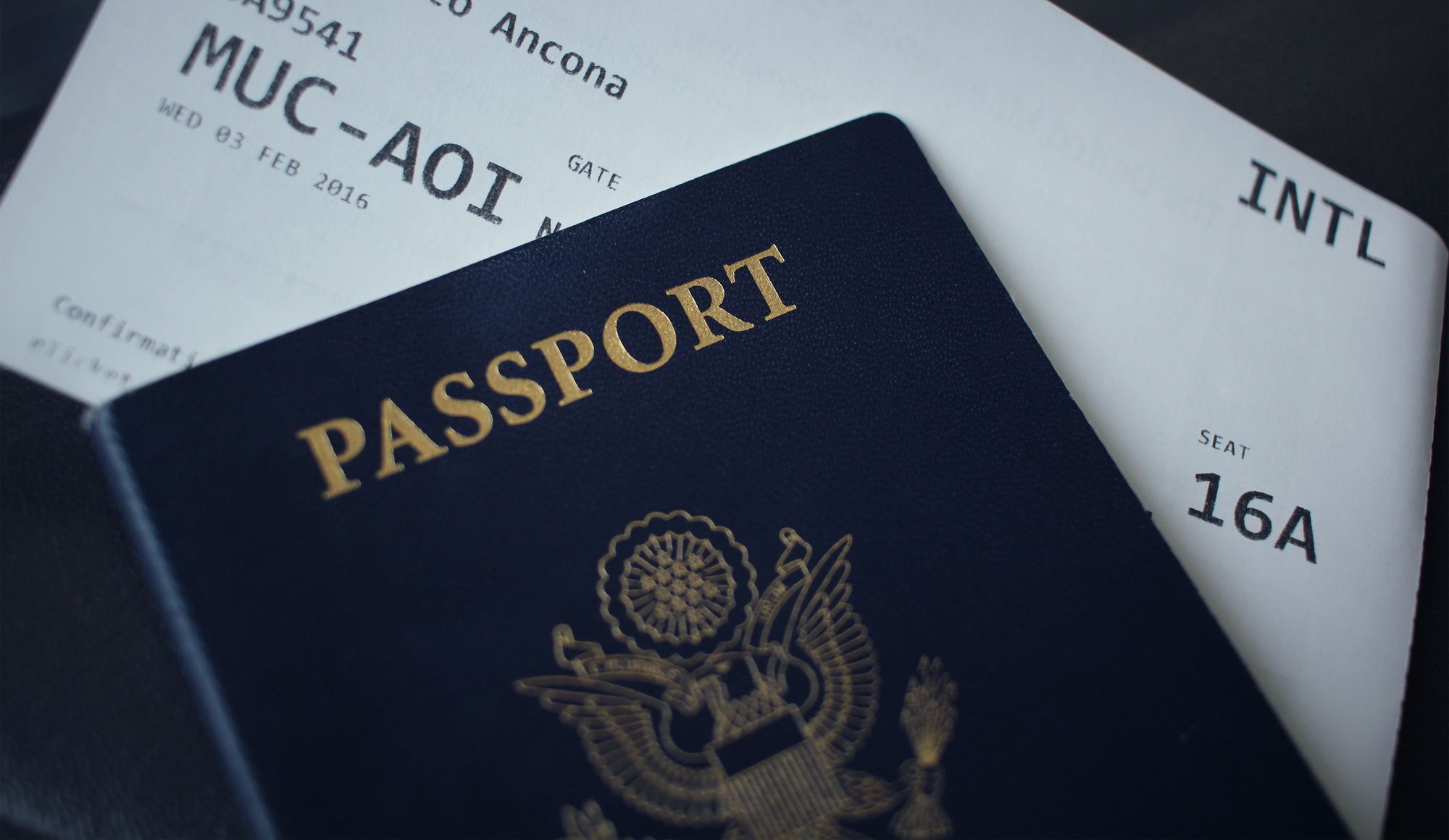 In the last week, over $10,000 has passed through my hands, in one way or another. And it has everything to do with my passport. You could say my new passport alone, is a $2,000 document. (Needless to say, I’ll be protecting it even more fiercely than I did the last one).

See also: How to Carry Your Passport (and What to do if It’s Lost or Stolen)

It all Started with a House Guest

After years and years of accepting the generous hospitality of people around the world who have invited me to stay in their homes, I was only too pleased to offer up my place in Grenada to a friend of a friend who was visiting from Ireland with the intentions of buying a boat. It made perfect sense to have him house-sit while my partner met me in Europe.

When we returned to Grenada, Steve (our house guest – at least that’s what he said his name was) was still there, and we welcomed him to continue to stay with us. He had run into some difficulties in getting the funds for the boat over to Grenada, and was temporarily without money.

“No matter,” I said, still happy to karmically return the hospitality I’ve been given over the years. One extra mouth to feed won’t break the bank.

When he asked me to lend him money for airfare to get back to Europe to sort out his financial issues, I drew the line. I was happy to give him a place to stay, but the reality is I didn’t know this guy from a hole in the ground, and no promise could guarantee a return of the money I didn’t really have to give in the first place.

It’s still debatable if this was my fatal mistake, because I ended up paying for it either way.

A few weeks later, Steve had acquired just enough money for airfare from a friend who sent the funds to him. My partner and I bid him adieu, with hugs, smiles, and Steve’s promise of returning and treating us to some of his own hospitality as thanks.

Who knew that as we were driving him to the airport and handing him his bags, my passport and thousands of dollars in cash (the proceeds from selling our car – which was to fund our upcoming trip to Panama, and was stashed in a few hiding places) were with him.

The loss was discovered mere hours after his plane took off – and four days before our scheduled flights to Panama for a two-month house-sitting gig. The loss of the money – although substantial – seemed unreal. The loss of the passport – very real.

In a state of bewilderment, we tried to figure out why on earth he would have taken my passport (which was hidden), and not my partner’s, which was in plain sight. Eventually, we arrived at two potential conclusions:

I can only hope and pray that the passport got ditched along the way, and his intentions are not to mess with my identity. (Stay tuned).

What to do When Your Passport is Gone?

Hopefully you won’t be four days away from international travel, like I was.

I called the Canadian High Commission (the closest one to Grenada being in Barbados), who broke the bad news that I had no chance of making my flight to Panama. Then they outlined a lengthy process of mailing various documentation to Barbados in order to get a replacement passport (20 business days), and if I’m lucky, a temporary passport to get me to Panama (which would take at least a week). Somewhere in there I’d need to make a special trip to Barbados as well, and some other complications that made the whole process fraught with potential for additional delay.

The whole idea of being trapped in Grenada while awaiting a new passport – all the while letting down the homeowners in Panama who had their own travel plans to keep – was intolerable. I knew if I were in Canada, I could rush a new passport in 24 hours.

So, I hassled Grenada Immigration to issue an emergency travel document that would allow me to fly back to Canada at the last minute and get a new passport.

“Why do you have a copy of your passport?” was the first question of the Grenada Immigration officer who was in charge of issuing the emergency travel document.

“In case something like this happens! Aren’t I glad?” was my genuine response.

He furrowed his brow. “This isn’t normal. People don’t travel with copies of their passports. You’re too organized.” The connotation being that I had somehow planned to bereft myself of my passport.

I was flabbergasted. If I didn’t have a copy of my passport handy, I probably wouldn’t have been able to acquire the emergency travel document. And yet, here I was, being chastised for my organization. (If only he knew how pedantically organized I really am).

The officer finally smiled and realized I couldn’t be lying when, in a state semi panic, I told him about my tattoo: Before I started traveling full-time in 2007, I got a tattoo of the Canadian maple leaf (with some artistic interpretive thingies) on my back. It was intended to be a tribute to my Canadian heritage on the eve of departing my homeland for an undetermined period of time, but I also joked that if something ever happened on the road and I was robbed of everything I had, I could stumble into the nearest Canadian consulate, show my tattoo, and be offered whatever assistance I needed.

This story was too much for him to stoically ignore, so he smiled and gave me my travel document. Two days later, off to Canada I went – a 4,000 kilometre detour from my original destination of Panama.

Following are the various costs incurred as a result of this horrible theft:

….and of course, all the money that was stolen in Grenada.

“It’s only money” is a cavalier thing to say. Money makes the world go round, and this loss was substantial for me, especially given this year with so many degrees of adversity (including a near-fatal crash).

But the homeowner in Panama was (and is) a champion. She laughed (in supportive disbelief) when I described the loss of my passport and money, and took it in stride when I said I couldn’t be there when I said I would.

To put myself in the homeowner’s shoes – after bringing a relative stranger into my own home and being so badly violated – I must be thankful that she remained calm, collected, and incredibly easy going.

In fact, it is her support and ability to take all these bumps in the road in stride, that has helped me to re-affirm the belief that 99% of the people in this world are fundamentally good.

Steve was of the 1%, and he will get what’s coming to him, even if I’m not the one to dole out his punishment.

Have you ever been robbed or lost your passport on the road? What did you do?
If you enjoyed reading about this challenging experience, then you’ll LOVE this roundup of all the crappy stuff that has happened to me on the road in my 12+ year career of full-time travel!