2009 in Review: The Professional Hobo 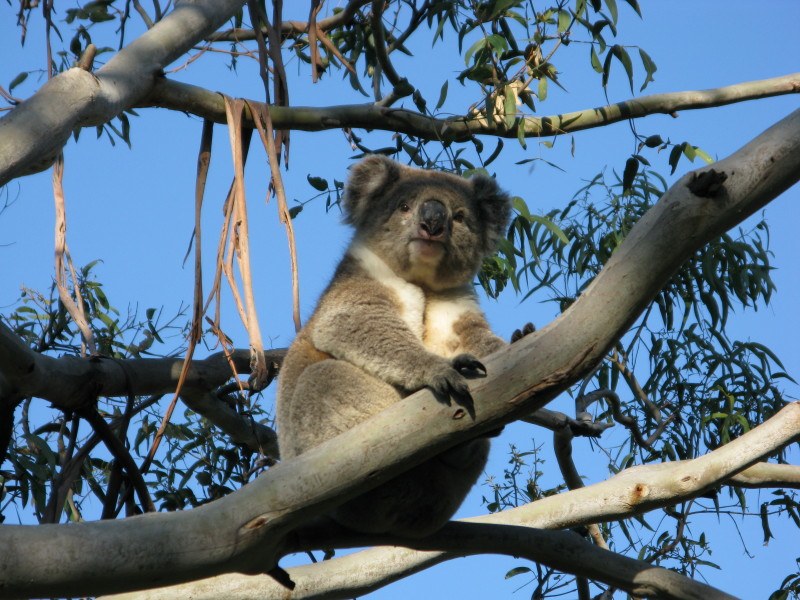 As I sit in the remaining days of 2009, reflecting upon days past and planning for days to come, I realize that this year has seen quite a few adventures!

It all started roughly a year ago, when we decided to give the gift of pumpkin pies to as many Australians as we could. We baked a lot of pumpkin pies. A lot. But we also succeeded in getting the vast majority of Aussies to agree that pumpkin can indeed be incorporated into desserts, contrary to initial popular opinion.

In the course of our holiday celebrations, I continued to explore such Aussie phrases as Fair Dinkum and other unique expressions in my linguistic journey around the world.

The heat hit us in full force by mid-January, culminating in the 100 year heat wave which I normally would have enjoyed if it weren’t for Australia’s worst-ever natural disaster – the Victorian Bushfires – pummelling the area where we live and turning our lives upside-down for weeks (if not months). While we were evacuated, we volunteered and did as much relief work as possible. It was truly heartwarming to see how Australians nation-wide came together in such inspirational ways to help each other. By the end of February, we were (somewhat) settled back into our place and tried to recapture a sense or normality over the ensuing days and weeks, along with so many others who had endured the fires in one way or another.

Oh yeah, and I met the Australian Prime Minister, Kevin Rudd. That was pretty cool. (!)

In March, we traveled to the Snowy Mountains and conquered Kozzy (Australia’s highest mountain, but don’t worry – the dog could do it!) and enjoyed all that the off-season has to offer in the alpine village of Thredbo.

I became a published author in May, with the release of 10,001 Ways to Live Large on a Small Budget (Skyhorse Publishing). Set for release in an economically climate primed for people to want to save extra money, it has been flying off the shelves in the US, and has seen releases in Canada and China since then.

Shortly thereafter I started the popular bi-weekly Week-In-The-Life series here at TheProfessionalHobo, profiling the “daily grind” of other long-term and full-time travelers as they experience the world in their own unique ways.

In the meantime, Kelly and I received working rights and visa extensions as a result of the work we did during the bush fires…something rare for two travelers over the age 30 – so Kelly took the opportunity to work and save some extra money for our future travels by running operations for an outdoor education company. (While I initially focused on just writing, I too was eventually lured in by the same company (going on expeditions) towards the end of the year).

While we were busy discovering more Australian foods and abbreviations, winter set in. Good thing Aussie winters are absolutely beautiful, with rolling green hills and layers of magical fog.

But the beauty wasn’t enough to keep me on-side in the southern hemisphere – I prefer the heat. So in July, I took off to greet the summer in New York, then head to Toronto to visit family and friends, and Mexico for a wedding. While in Toronto I even managed to nab a live appearance on Canada AM!

After an excruciating trip back to Australia and a reintroduction to Australian vs Canadian coins, I reconnected with the magical sounds of Australian birds that are unbelievable until you hear (and see) them. With this fresh bout of active travel under my belt, I also explored a few nerve-touching issues around full-time travel and America’s unofficial no-vacation policy.

The remainder of the year saw such adventures as gold panning, koala spotting, fire spinning, and getting sheep.

And now, on the heels of re-writing I’m Dreaming of a White Christmas just for the Aussies, I look on to the year ahead. Official plans are still in the making, but it may well be that Australia will again be a home base for this year, on the basis that Kelly has some (temporary) career opportunities which can’t be ignored.

I’ll keep busy with regular trips into the Aussie bush, guiding groups of school kids on paddling/camping/hiking/climbing trips. It allows me to see a different piece of Australia entirely to what most people see, it forces me to get outside and away from my desk (which as a writer, is a constant challenge!), and heck – let’s call a spade a spade – it pays too!

I’ll probably take a few trips farther away too; maybe India? New Zealand? Some place I haven’t thought of yet? Between seat sales and serendipity, I expect we’ll keep our perpetual life on the road interesting here at The Professional Hobo in 2010.

Thanks for reading, and stick around!