Is Full-Time Travel an Act of Withdrawal? 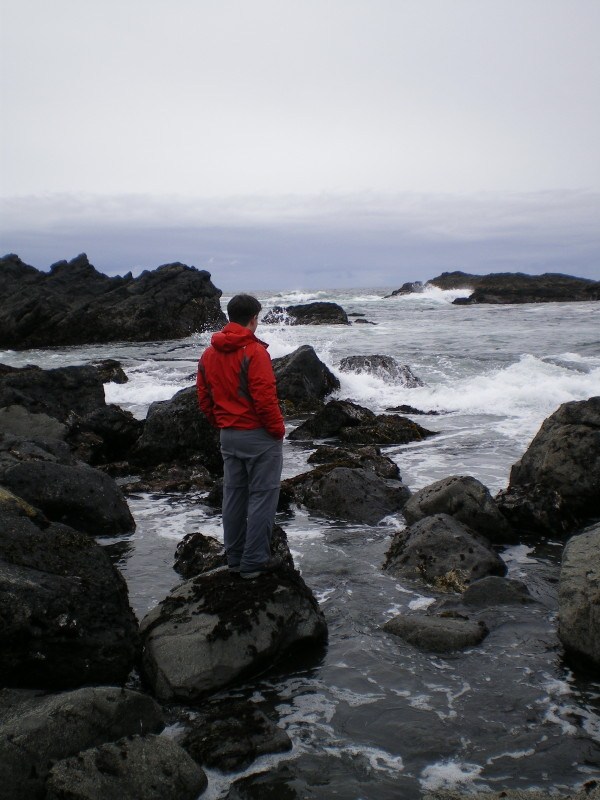 This post was originally published in 2009. It has since been updated for accuracy of links and content.
See also: 12 Life Lessons Learned From 12 Years of Full-Time Travel

For him, ducking out of society (at least the society we grew up in) means shirking responsibilities, and ultimately depriving society of the many talents we have to contribute.

Not that he’s driven by society and society’s expectations – at least not any more so than anybody else – but my “flitting off to fight forest fires” so far away as he dubbed it (while suggesting that there are others who can fight fires in my stead) and other such gallivanting appears to him as an act of escapism rather than engagement.

The timing of this conversation fell brilliantly at a time when I was also catching up with old friends who were curious about my continued desire to travel full-time. I was in a perfect position to take on his point of view and further explore my own motivation for long-term traveling.

See also: How (and Why) I Became The Professional Hobo

Despite my best efforts, I was unable to embrace the concept that I might be escaping or withdrawing from my world by traveling. In fact, the harder I tried to acknowledge that it could be even a distant truth, the louder my inner voice screamed that I’m doing just the opposite – I’m engaging the world!

I recently recalled a life-defining moment from when I was eight years old, which is the main reason why I write this article today from a land far away from where I hatched the idea so many years ago. I was in grade three, and the lights dimmed in the classroom as we prepared to watch a documentary. This documentary in particular was about Europe. I was fascinated with the images I saw….cobblestone streets, old magnificent buildings, and large canals with elaborate bridges.

I looked at the people in the video; they were normal people, going about their lives. But something was different. They were dressed differently. They spoke a different language, and were eating different foods. And they were living in this strange land with such different looking features and architecture.

I became obsessed with getting to know these people. I wanted to understand their words, and taste their foods. I wanted to see what the insides of their homes looked like, and where they slept. I wanted to learn what life is like for them.

After that day, I vowed that I would backpack across Europe after high school. I even started saving money for my pack – a sadly inappropriate backpack that I enthusiastically bought when I was in grade 9. But as tends to happen, Life got in the way while I was busy making plans, and the end of high school saw me involved in a host of activities that were rewarding as well as demanding of my time.

“Europe will happen later,” I thought.

The years passed by as I bounced from career to career in search of something to satisfy that inexplicable void inside of me. I eventually made it to Europe (and other desired destinations), but only to be seen from the side of a cruise ship or the window of a bus. My vacations were informative and fun, but I never left with an inner understanding of the place or the people – at least not one that left me truly satisfied with the experience.

Part of the reason I decided to sell the lot and travel full-time is because I could not envision myself doing the travel-related activities I dreamed of doing in retirement – 30+ years away – at the age of 65 and beyond.

I am an enthusiastic mountaineer, hiker, rock climber, and spelunker. At 65 however, I doubt my desire and ability to climb mountains will be as strong.

I am a giving humanitarian and adventurous traveler. At 65 however, my energy to build wells or work with school-children (or raise money for cyclone victims, or volunteer in the wake of a forest fire, as we did) would be compromised.

I am a public speaker and writer, and I love to motivate and inspire through action. But when my audience is a huge contingent of young people who are looking for something more meaningful in life, how can I look them squarely in the eyes if I’m not living out my own dreams – now, and not in a faraway retirement?

And I am an adventurer. I don’t care how old or young you are; making enough of a living to travel full-time (and very frugally at that) is a challenge in balance, business acumen, and lifestyle compromise.

And although in a conventional retirement I shouldn’t have to work while traveling, I would imagine that scaling back life to the basics after decades of keeping up with the Joneses would be a real challenge. Heck – it was hard enough to scale down my swag to hit the road to begin with…how would I fare after so many years of living that lifestyle has been imprinted on me?

So while it is argued by my acquaintance that I am withdrawing from the world and denying it the talents I possess, I rebut with the idea that in fact my talents are being put through their paces – and will continue to be – as long as I continue to follow my dreams; wherever they may take me (geographically or otherwise).

59 thoughts on “Is Full-Time Travel an Act of Withdrawal?”