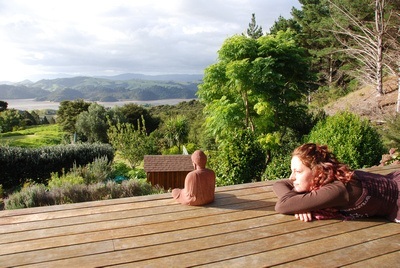 Romance on the Road….for better or worse…

I sit down to write this post with tears in my eyes, fresh memories of a painful goodbye with desperate kisses and lingering hugs, and no promise of a happy reunion.

There is no better time than the present to write about romance on the road for a full-time traveler.

“I want to read about romance on the road for a Professional Hobo!” is something I’ve heard quite a few times from readers and friends alike. Mystery and intrigue surrounds romance for a single woman who travels full-time. It stands to reason; until recently I wasn’t sure how it all worked either.

After Kelly and I broke up, I was in no mood to strike up a relationship – neither a fling nor a deep encounter – for a while. Although I met many interesting people and enjoyed some flirtations, I couldn’t consider a longer-term romance on the road so these encounters weren’t more than passing fancies.

Being little more than a passing fancy seems to be a hazard of the occupation of a Professional Hobo, for better or worse.

When I started to suffer the effects of motion sickness and travel fatigue and needed to slow my pace of travel, I found myself looking for an excuse to slow down or stop. I found the perfect excuse when I met a man in New Zealand with whom I shared a powerful connection unlike anything I’d experienced.

But despite this mutual feeling of connection, my heart was broken when he told me he didn’t want to develop anything romantic with me because I would do what a Professional Hobo does and disappear in a few weeks, leaving emotional ties in my wake that were too painful for him to consider.

So alas, it was not meant to be.

In coming to terms with this harsh reality of full-time travel – the inherent lack of deep intimacy that infects travelers (and plagues full-time/long-term ones) – I retreated into my own world to lick my wounds and accept the bed I had made.

But this was no great hardship all things considered; it had been less than a year after my breakup, and I quite enjoy my own company, thank you very much. I simply hadn’t expected to experience the connection I did, and really surprised myself in the face of it by being prepared to consider something longer-term.

Months later, a deep friendship I had developed at Mana Retreat evolved into something deeper. Both being travelers of a sort, it was a good match; we gave each other a level of comfort and intimacy that was missing in our lives. But we were very clear from the start that this would be a temporary relationship, and that our hearts were unavailable for entanglement (due largely to the complications of moving on as travelers).

You can probably guess where this is going: our hearts became entangled.

Over the next few months, our relationship graduated from quiet and casual, to public and a little more serious. But we still had no idea what sort of future there was to be had, given the giant question marks that represented our futures as individuals – much less as a couple.

The relationship was (is) too new to design lives of travel and living together around one another, yet saying “it was fun, thanks for the good times” in parting seemed callous.

During that time, we expect to develop some answers for ourselves as individuals as to where we want to be and what we want to do. Although I’m a Professional Hobo, the lifestyle can take on many different forms, and after four years on the road, I’m ready to consider all sorts of options – from filming tv shows, to being a touring musician, to long-term house-sitting, to volunteering, and so on. There may well be opportunities I haven’t even considered waiting around the next corner for me.

Likewise, my beau (I call him my Swedish Squeeze!) has similar things to consider about his own life, destinations, dreams, and desires.

Once we respectively determine what we want for ourselves, we can see how – and if – we can walk that path together. We don’t need a lifetime commitment (or even anything close to that) from one another in order to travel together, but as I’ve already experienced, travel can be hard on a relationship, and starting out with a series of compromises is a dangerous proposition.

And so here I sit with a wet face, in a sterile airport approaching my 30th hour of travel back to Canada, reflecting on how difficult saying goodbye is, and how simultaneously exciting and terrifying a blank slate of a future can be.

As I drift continentally farther and farther from New Zealand, I don’t know if I’ll ever actually squeeze my Swedish Squeeze again. Our parting (and the time leading up to it) was a stark reminder that all we ever have is the present moment, and that it’s to be celebrated. Despite the pain of saying goodbye (for now, if not forever), I’m thankful for the opportunity to have shared something special with somebody on the road.

Who knows what the future will bring – for any of us. My lifestyle is simply a more blatant demonstration of this universal fact of life. It’s with this passion for life and sharing deep connections that we sparked our relationship, and it’s with the same continued passion that we will move on through life – together or on our own.

Wanna know about all the romances I had in my 12-year full-time travel career?

Yeah you do. Go on. Click here: My Sordid Attempts at Love on the Road