Motion Sickness on the Road 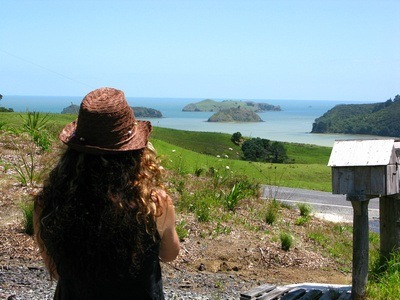 I am currently recovering from Motion Sickness on the road. This is a very real, very difficult condition to deal with, and something to be aware of, especially if you’re traveling solo.

In this fantastic world of full-time travel (four years and counting for me, at the time of writing), a tapestry of experiences is woven together, incorporating the colours and flavours of the hundreds of interesting places I’ve been and people I’ve encountered all over the world.

Everything is new. You’re constantly meeting new people, visiting new places, navigating foreign streets, and discovering new things about yourself in the process. This act of (literally) broadening your horizons produces a gentle constant adrenaline rush; one that can often give you the energy you need to keep going despite a few too many sleepless nights and the initial onset of travel fatigue.

But, what about roots?

Don’t get me wrong – to cut roots and spread your wings is a beautiful thing to do, and something that can be very revealing. But if you’ve cut your roots on a semi-permanent basis to travel full-time, motion sickness can set in after a while.

…Motion sickness, also known as Travel Sickness, is a condition in which a disagreement exists between visually perceived movement and the vestibular system’s sense of movement…

…generalized discomfort experienced when an individual is in motion…

Motion Sickness comes from being on the move, without a constant thing to focus on. One of the remedies for motion sickness in a car, for example, is to look out at the horizon. Seeing – and feeling – the grounding consistency of the horizon can help your body to understand its place in space and time, as opposed to focusing on your immediate surroundings (such as the seat in front of you, which isn’t moving, but actually is) and to have the blur of the world moving past you in your peripheral vision.

In the world of full-time travel, there often isn’t a figurative horizon to focus on.

Although full-time travelers will spout rhetoric like “the world is my home” and “everybody is my family” – and I’ve said such things myself – I’m starting to question the long-term sustainability of this ideology.

Are you here for two years, or two weeks?

If you spend two years somewhere, you – and everybody around you – will act very differently than if you’re only staying for two weeks.

Of course in both cases, you can develop in-depth relationships with people. But in two weeks, you will only get to know somebody in a limited fashion, and it’s a different form of relationship. The person you meet isn’t going to invest in the friendship the way a highschool friend might.

Knowing that you are moving on creates invisible walls between you and these fast friends you make. And although you may plan to stay in touch and reconvene somewhere else in the world, the relationship remains somewhat superficial.

But if you plan to spend two years in one place, you can develop much deeper connections with the people, the land, and the society you are living in. You share a myriad of experiences with the community in which you live, and that connection provides the fundamental roots that can be considered “home” – if even only for a limited time.

I’m constantly fielding questions like “Where’s home for you?” and “When do you think you’ll go home again?” with light-hearted responses about “home” being the contents of my bag and the pillow I lay my head on each night.

Traditional society dictates that “home” is a physical construct with walls, a roof, security against the elements, and filled with items that provide comfort. Although I don’t believe that home needs to be such a tangible physical thing, I also find myself doubting the loose definition of home I’ve been standing by for the last while.

Having a Constant “Horizon” on the Road

Despite the remedy for motion sickness being a constant horizon to focus on, I believe that you can still travel full-time without getting motion sickness. You can do this either by maintaining a slow pace of travel, or by having a “horizon” to move along with you.

When I filmed the pilot episode for a travel television show last September, I was with a cast/crew of about 10 people on a whirlwind trip through France and Nepal over the course of a month. We were on the move constantly, sharing close quarters with one another with very little privacy.

And after almost eight months of solo travel at a fevered pace with a constant flow of new friends coming in and out of my life, I’d have thought that this television experience would have put me over the top, knocking the wind completely out of me.

Instead, I found the exact opposite; I was energized by traveling and living with this crew in the tight community that we formed.

Travel Partners being your Horizon

For the first three years of my travels, my grounding effect – my horizon to focus on to prevent motion sickness – was Kelly, my former boyfriend. He was somebody with whom I could share my travels; somebody who provided context and understood my history and personality as we both had fresh new travel experiences and incorporated them into the travel tapestries we each were weaving. This contextual understanding of one other also formed the ability to support each other through both good times and bad.

Whether a romantic partner, friend, or even a television crew, it’s the people you are connected to that provide the fundamental roots that can be considered “home” on the road. And it’s these relationships that can prevent motion sickness from kicking in, despite the pace of travel you keep.

Don’t feel sorry for me

Before you get all teary for me and surmise that I’m lonely, don’t! I’m doing just fine, thank you very much.

But I also haven’t been moving around too much in the last few months, and have little intention of expanding my horizons much beyond the north island of New Zealand for at least a little while longer. This is because I’ve found a community of supportive people with whom I have a deep connection, which in turn is giving me the sense of context – the horizon – that I’ve been craving lately.

It seems that both travel fatigue and a sense of motion sickness on the road have lent their way to my stopping for a little while, developing some deeper relationships, and letting the world stop spinning around me long enough to get a good look at the horizon.

Once I lock in on the horizon again, the world will be my oyster. I have lots of ideas for the travel adventures that lay ahead, and a lifetime to make them all happen.

15 thoughts on “Motion Sickness on the Road”