The Magic that Brought me to Peru 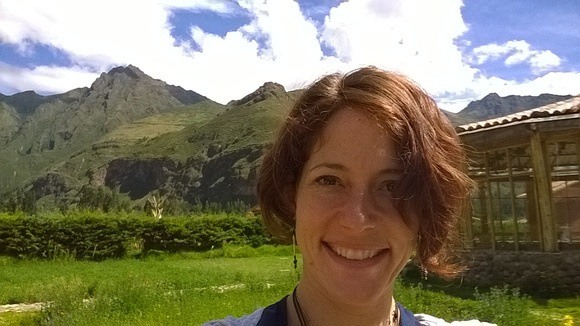 Twelve years ago, when I was living a very different life in Canada, I saw a vacation package to Peru, including a trip to the sacred ruins of Machu Picchu.

I was mesmerized. I had to go.

But as life was busy dealing me a very different hand, I realized I would need to be patient. Somehow I knew even back then, that Peru would be a very special place for me, and that I had to wait for the right time.

Twelve years (and about three lifetimes) later, that time is now.

Here is the magical – and almost unbelievable – story that brought me to Peru, where I am currently living for three months.

It started with a separation.

I separated from my partner on New Year’s Eve, while we were house-sitting in Panama. (The final breakup would happen a couple of months later).

In the wake of the separation, I was talking to a friend in Panama about how 2013 was a year that knocked the wind out of not only me, but a lot of people. I spoke about universal coincidences; the end of the Mayan calendar in December 2012, astrological changes, geological changes, and a variety of other principles that have the common ground of 2013 being a period of profound transition for many people.

As I spoke, my friend’s eyes grew wide.

“Hang on, wait right here!” She said, as she jumped up and raced back to her house. She returned with a book in her hands.

“You must read this,” she said. “I picked it up in Cusco at the airport by coincidence when I had a layover there, and it’s about everything you said”.

So I read the book.

The book – Cusco: The Gateway to Inner Wisdom was the story of the author, Diane Dunn. It describes her spiritual journey; one that took her from running a theatre company in New York, to theology school, to South Africa to do work with with homeless and unemployed people in Johannesburg, and eventually to Peru where she became a Shaman and opened a retreat centre.

I lapped it up.

At the end of the book, there was an email address. So I emailed Diane.

I told her how I enjoyed her book, how I’ve been drawn to Peru for quite some time, and I shared a little bit of my story with her. And of course, I told her that she has a spectacular last name (Dunn).

I had no expectations in writing the email; I was simply compelled to reach out to her.

It’s all about free accommodation.

24 hours later, I was shocked to have a response from Diane. Not only a response – but a job offer as well! Having checked out my site, she saw that I am an expert in getting free accommodation around the world, and as it happened, she was looking for an assistant manager for her retreat centre – a job entailing two days of work per week in trade for free accommodation.

The job was perfect for me. Having lived and worked at a retreat centre in New Zealand, I knew the score, and could bring a lot to the position.

Diane was also enroute to Florida, where I happened to be at the time. (Yet another coincidence in this long string of coincidences). We arranged to meet in Gulfport, where I was taking a personal retreat.

Our connection was strong, and after meeting she said I was the right person for the job.

But something wasn’t right.

Something wasn’t flowing. I was stressed out.

When I returned to New Zealand to live and volunteer at Mana Retreat for the second time in 2011, the magic I experienced the first time was gone for me. I was stressed out all the time, trying to balance my volunteer duties with my writing obligations. It wasn’t successful, and I couldn’t enjoy the beautiful retreat centre for all that it had to offer.

I wrote about things like travel fatigue, motion sickness, and time management and work-life balance, musing that I had traded one rat race for another in creating too many obligations for myself.

So I learned from history.

It damn near killed me, but I turned down the free accommodation job offer in Peru.

With my writing keeping me busy almost full-time, plus two days per week working at the centre, I realized I wouldn’t be able to actually enjoy the magic of Peru if I had the job; instead I’d be working all the time.

Not good. I sold everything I owned in 2006 to travel the world, not to work myself senseless.

Instead, I said I’d like to come to Diane’s retreat centre in Peru, but as a long-term paying guest. The cost of living at the retreat centre wasn’t exorbitant, and I could focus on my writing, have the personal time and space I needed, and explore Peru – a place I’ve been excited to visit for over 12 years.

Interestingly, despite my great fear of saying no and perhaps disappointing Diane and the hiring manager given the generous job offer, I was congratulated for my decision.

But, something still wasn’t flowing.

I was in Santa Rosa Beach Florida at the time, and not sure when I’d come to Peru, nor how long I’d stay. Even though I was happy with my decision to turn down the job, I was paralyzed. Most of it had to do with my partner in Grenada, to whom I was still drawn, but unsure of our future together.

Then, to my surprise, my partner took care of that and finalized the breakup (via instant message).

I reeled. Peru was initially to be a place of personal retreat during our separation, and it had just become a launching pad into a new life of unknowns.

All the more reason for me to go. But for some reason, I couldn’t make a decision on flights or timelines.

I’ve been a (free) member of a mystery shopping service, featuring highly discounted flights, hotels, and other travel arrangements. For over a year, I lurked the site, waiting for the right mystery shopping opportunity to come up.

Voila. A flight from Toronto to Lima appeared. For a ridiculously low fee, I could fly (in business class, no less) from Toronto to Lima and back. Although I’d have to fly from Florida to Toronto (in winter – eek!) to catch the flight, it was still cost-effective, and I’d get an unexpected chance to hug my friends and family.

It also has me returning to Toronto at the launch of summer, and the next stage of my travels, after three months in Peru.

It was all perfect.

I’m catching up on a ridiculous backlog of writing which fell by the wayside in the traumas that encapsulated the last year or so of my life, and I’m reconnecting with myself, and figuring out what’s next.

Peru – especially the sacred valley – is a profound place of healing and exploration, and for everything to have fallen into place as mysteriously as it has, is simply status quo for Peru.

49 thoughts on “The Magic that Brought me to Peru”