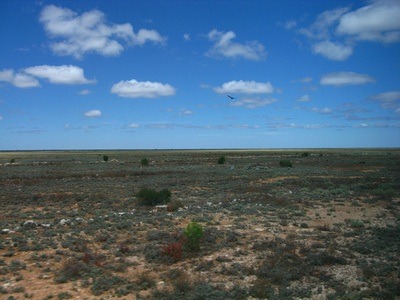 So far in my 11,000km journey by train across Australia and back, I’ve been aboard the Indian Pacific for three nights since getting on in Sydney. We’ve stopped in Broken Hill, Adelaide, Cook, and Kalgoorlie. Today, I arrive at my halfway point and destination of sorts: Perth.

If you missed the first three parts of this series, here they are:

I awake earlier than 6:30am, preferring not to be awake, but consoling myself for being conscious by laying in bed and watching the world go by outside the window for a while. Eventually a fundamental need for coffee rouses me from my window-gazing cocoon.

While I’m fixing up my coffee in the Red Lounge car, I run across Betty: the South African partner to Aussie Bill, our nominated “couple most in love” on the train. We chat about how, despite our generally social natures, we both immensely enjoy just sitting in our cabins and looking out the window, allowing our thoughts to come and go with the scenery.

As more and more passengers emerge from their seats and cabins to congregate in the Red Lounge car for tea and breakfast, there is an air of celebration and camaraderie. This is our last morning together, as we are about to arrive in Perth; the final destination for just about everybody (except me).

Although I had intended on spending some time on my own this morning, I am lured into enthusiastic and interesting conversations, group photos, and various exchanges of contact information to keep in touch. Along with the air of celebration is also the ever-present note of melancholy in not wanting this train trip to end.

Although I’m sad to be parting company with this wonderful group of travelers, I’m also quietly happy that I’m only halfway through my own train journey.

I’m thrilled to be in Perth (and Western Australia in general), despite my measly 24 hour turn-around time. I race across the platform to meet my long-time writing colleague Amanda, who is my host for the day and who puts me up for the one night in this 11,000km trip that isn’t spent on a train.

As much as I expect this night of sleep to be utter bliss, I am surprised when I’m thrown off by the incredibly stationery bed, and the heat (which after being on a temperature-controlled train for four days is a touch oppressive).

Nevertheless, I have a fabulous 24 hours in Perth, as can be read here.

I bid “see ya later” (which is my traditional form of goodbye, since I tend to run into people who I never think I’ll see again all over the place) to Amanda and her family, knowing that we’ll meet again – but not knowing where or how.

As Amanda and I are waiting at the train platform for the call to passengers to board, I spot the carriage attendant who was in charge of my car between Adelaide and Perth. Her face lights up and she runs over and gives me a big hug – much to the surprise of the surrounding passengers, most of whom are just seeing the train for the first time.

Like I said in previous posts, the train crew is instrumental in making a trip on The Ghan or the Indian Pacific memorable, and this warm welcome is a nice touch. Most of the staff onboard all the trains truly seems to love what they do (and if they don’t, then they’re pretty good actors).

To my surprise and delight, I receive an upgrade to a Gold Twinette cabin, which is even bigger (about twice the size) of the Gold single cabin I enjoyed on The Ghan. It has room for two single beds (bunk-style) which fold out from the wall, an ensuite toilet/basin/shower, and lots of seating when the beds are folded away. In fact, there’s so much room in this cabin, I have two initial thoughts:

1) This cabin is so big, I could do yoga! And in fact, I do. Train-yoga should be a new modality for yoga; it’s an interesting exercise in balance while the train is moving, that’s for sure.

2) I’ve lived in places smaller than this. This, I realize, doesn’t speak much for some of the places I’ve lived in, but then again, as a Professional Hobo, I’m happy to simply have a place large enough for me to open up my bag and lay down for the night. I’m not demanding!

“All Gold passengers with a blue meal-seating card are invited to the Gold Lounge for a welcome reception in five minutes,” an announcement comes across about an hour after we’ve left Perth.

Being in Gold class entitles you to three meals a day served in the dining car, on real plates with real cutlery and real glasses. The meals are generally three courses, and are of excellent quality with something for most diets.

There are two meal-seating times: red, and blue. The early red seating usually involves breakfast around 7:00am, which is reason enough for me to choose a blue seating time. But I also enjoy the later blue meal seating because there’s no rush to leave the dining car after the meal is done, since there isn’t another group of hungry passengers waiting to eat. Some of my most inspired conversations with other passengers take place over a lingering meal in the dining car, often over such a long period that the car has cleared out and we’ve encouraged the staff to go ahead and eat their own meals.

So as a blue-meal-card-carrying-passenger, I enjoy a lovely sparkling wine reception while Marsha, the hospitality manager, sets the scene for our journey from Perth through to Adelaide, where a new crew will take over.

She tells us about the beautiful Avon Valley, which we are chugging through as the reception is taking place. I don’t expect such a hilly landscape of Western Australia, and I curse my camera batteries for being on charge.

Marsha also tells us to be on the lookout for camels during our trek across the Nullarbor desert; there are over 1 million camels in Australia, and none of them are owned! They hail from the days when camels were a viable means of transportation across the outback, but now they run wild. I hope to spot some camels this time going across the Nullarbor, as I didn’t see any enroute to Perth.

With a certain echelon of traveler in Gold class, most of the people are there because they really want to ride the Indian Pacific. Nobody rides the Indian Pacific in Gold class purely as a means of getting from A to B or as a way to save money; they usually ride it because this trip IS the trip, as I discover in the people I meet and chat with over the next four days.

One mild exception to the rule is Patrick and Hailey; a couple moving from Perth to Sydney. Their car is on the Indian Pacific, and all their belongings are being carted across the country on a freight train. Their (adult) children are in New York City and London, and one their kids in London is moving back to Sydney soon. Patrick and Hailey simply feel too isolated in Perth now with the kids living overseas, and none of them would ever move back to Perth because it doesn’t have enough industry to support their chosen careers.

As much as you would expect Gold class to be packed with nothing but silver-haired retirees enjoying a pinnacle train journey that they’ve dreamed of for years (and trust me – there are lots of these people), I am also surprised at the variety in demographics.

I enjoy dinner with Richard and Jack, a charming gay couple in their early 40’s who live  in Melbourne. Jack is from Canada and Richard is from Asia, and both are gregarious and engaging. We enjoy a nightcap and fast conversation long after most people have vacated the dining and lounge cars and gone to bed. Jack is especially excited to see Broken Hill, which was instrumental in the filming of Pricilla: Queen of the Desert.

One of the interesting points of conversation with Richard and Jack is that they are both between jobs right now, and re-evaluating the direction of their lives in the face of some medical problems that Richard is recovering from.

It’s amazing how when your health comes into the fray, big change can be just around the corner. I muse about how my own bouts with illness have been cathartic in helping me to make the life changes I’ve needed to. I wish I haven’t had to wait for the ball to drop to do something about my life, but at least the wake-up calls haven’t been more serious. I vow to listen to my gut more actively to avoid this in the future.

The Whistle Stop in Kalgoorlie is tonight, but it’s at the awkward time of 10:30pm-1:30am. Since I checked out Kalgoorlie enroute to Perth, I decide to give it a miss this time in favour of getting some sleep and enjoying the scenery tomorrow. I head to bed eager to bring on another day aboard the train.

Here’s the rest of this series: