In October/November 2017, I spent about five weeks in India.

I started in Jaipur (in the lap of luxury no less), then after a few more modest days in the pink city, I returned to luxury la-la-land by joining the most luxurious train in the world - The Deccan Odyssey - halfway through its trip from Delhi to Mumbai.

Mumbai didn't do it for me so I high-tailed it out of there in search of some peace and quiet in Rishikesh. I didn't find it there, but I did have an interesting time undergoing an intensive Ayurvedic detox program called panchakarma.

All in all, my context for going to India was wrong (I was looking for some modicum of stability, and ultimately for a place to call home), so I was reminded of one of travel's great lessons/harsh realities: travel is contextual. And if your context is wrong, you're not going to enjoy the place.

I've not written India off, but neither am I in any great hurry to return. 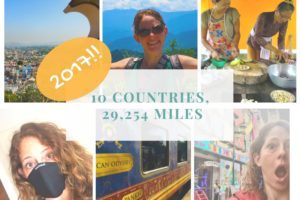 Join me for my last few days aboard the Deccan Odyssey luxury train, chillin with the maharaj at Laxmi Vilas palace, singing in Ellora Caves, and even trying out some Bollywood moves! 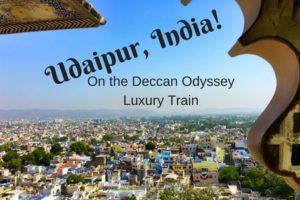 Traveling with the Deccan Odyssey is more than just a luxury train ride; it’s like a cruise on rails, except better. Here’s what we did in Udaipur India – a full itinerary of impossibly cool activities. 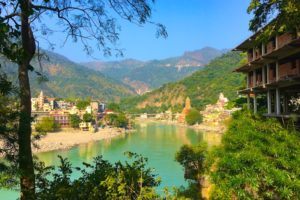 My month in India – as well as my two weeks of Ayurvedic Panchakarma treatments – were both heavenly bliss and hellishly unbearable. Here’s what happened, and what I learned from it all. Enjoy this epic, funny, and poignant tale. 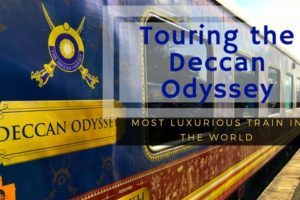 What does the most luxurious train in the world look like? It’s epic. Join me on the Deccan Odyssey in India, for the ride of a lifetime! I even take you on a full video tour of the joint. You won’t believe your eyes when you see what this train has on board. 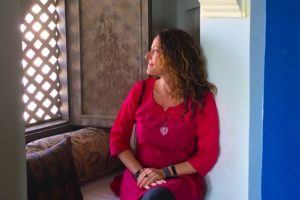 Despite being totally freaked out about my first trip to India, I had a pretty soft landing in Jaipur. Join me on my adventures landing in the lap of luxury, then walking through the famous Pink City of Jaipur India!