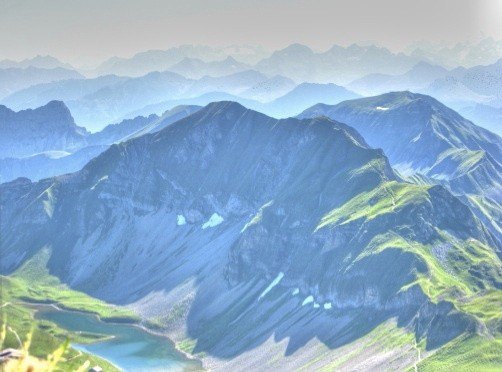 After publishing my 2011 Income and 2011 Expenses, a colleague made a comment to me about how I should set a goal to earn more money in 2012.

I replied with an essay about income and expense choices in the realm of financially sustainable full-time travel, and how I’m quite happy to not make any more money.

Given six years of full-time traveling while building a location independent business as a writer, the (l)earning curve has now tipped in my favour, resulting in lucrative freelance gigs, advertisers, and sponsors having come knocking on my door with little to no recruitment effort on my part. This is in addition to the long-standing columns I write and passive income from affiliate sales.

– note: although my income was earned in three currencies (US Dollars, Canadian Dollars, and Great British Pounds), all have been converted to US Dollars for illustration purposes –

This is a huge leap from last year’s $11k, due largely to some lucrative print gigs coming my way. I also wrote a massively popular article for my column on Wise Bread, which worked in my favour as they pay me per page view.

This has doubled over last year’s figures, due to a few more alliances being formed, and increased traffic to my site and other columns. Affiliate sales remain a great form of passive income – a very welcome stabilizer for a location independent traveler.

Advertising is also up by over 30% from last year (largely in the form of text links and banners), but online advertising is a bit fickle, and much of it dried up in the latter half of the year as advertisers scrambled around Google’s recent changes.

Building any business usually involves traveling up an income curve, where the ratio of work:income becomes more favourable over time. I am at a happy place in this curve, and I anticipate that if I apply myself to a few new venture possibilities, the increasing income trend will continue.

Then again, I am still struggling to find the balance between the time and effort spent making money versus enjoying it. Years ago I traded in a work-heavy rat-race of a career to travel full-time; I’d like to think I’ve learned from history and won’t find myself in that predicament again.

But freelance work (which represents a large portion of my income) is a fickle thing that reeks of feast or famine. When jobs come knocking (as they do from editors past and present), it’s tough to say no to getting paid. Because there often comes a time in a freelancer’s life when work dries up for one reason or another.

So you make hay while the sun shines.

…Stay tuned. At this point your guess is as good as mine as to what 2013 will bring. My freelance writing and blogging business is well-established and should continue to support me. And I have a few irons in fires for new projects that should be lucrative, travel-based, and an interesting addition to my portfolio of life experiences.

But I’ve also learned (a few times over) not to count on chickens before they hatch. I am confident as always that my path will reveal itself when the time is right.

This doesn’t mean I don’t have a business plan of sorts in place; rather, until I choose my new direction given the options available, I’m going to keep my cards close to my chest. Don’t wanna jinx anything!

Do you have any specific income/career plans for 2013?