The #1 Misconception About House-Sitters and Lifestyle Travelers 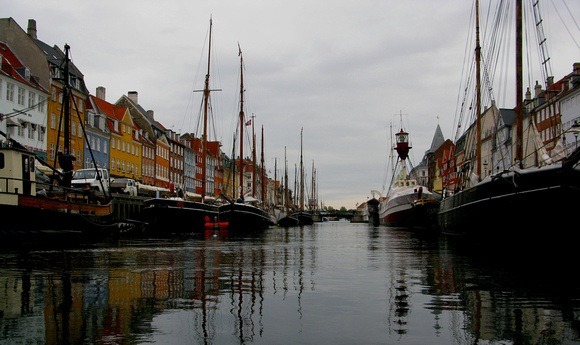 Two recent conversations I’ve had have festered in me, to the point where I woke up this morning feeling downright angry. These conversations were innocent enough, yet they revealed a significant misconception about house-sitters, and lifestyle travelers in general.

I had lunch with an expat friend in Cuenca, who was going away for a few months and recently found a house-sitter to take care of her place.

“She’s a bit odd,” my friend said of her house-sitter.

“Well, she doesn’t seem like most house-sitters. She….well, she seems to have money.”

I quickly corrected my friend by suggesting it’s very dangerous to assume that house-sitters don’t have money. For many house-sitters – even the “homeless” kind who house-sit full-time – it’s a lifestyle choice, not a necessity. I’ve often waxed poetic about how house-sitting (like many forms of free accommodation) is a unique opportunity to live a slice of local life and peek into different cultures from the inside out. It’s not just about saving money. Far from it, in fact.

When I was in Peru, I met up with some readers of mine who were passing through; a retired couple who had buttoned up their place in the U.S. and were traveling long-term, staying in various short-term rental places along the way. On my recommendation, they started house-sitting, and now, they’ve made it a full-time lifestyle, house-sitting all over Europe. Although I didn’t ask specifically about their finances, it seemed they have no worries about money (after all, they could afford vacation rentals all the time prior to my telling them about house-sitting), and they regularly pop back to the States to visit their grandchildren, gifts in hand. For them, house-sitting is a fun lifestyle choice that allows them to enjoy the comforts of home, the companionship and fun of pets, and even to provide a service to homeowners.

Recently I was lurking a Facebook group dedicated to house-sitting. A homeowner started a thread about how it seemed to her that all house-sitters care about is a WiFi connection and that her off-grid home wouldn’t be appealing to house-sitters. She tried to tone down this abrupt opening statement (but only ended up stoking the fire) by expressing some sort of understanding that house-sitters are obviously broke and need to work online to make whatever money they need for food.

If the irony that this homeowner was sitting in her off-grid home playing on Facebook wasn’t too much…..she was “schooled” by a plethora of house-sitters who suggested that WiFi isn’t always about earning enough money to buy bread; for lifestyle travelers, it’s a lifeline to their friends and family back home. Once she apologized for her curt assumption, she was besieged by lifestyle house-sitters who said they’d love to take care of her place in her absence.

Over another lunch in Cuenca with a woman who was visiting for a month (an American retiree looking for a new place to call “home” in the world), she described the place where she was staying; a little guest house behind a property owned by an expat couple. She had found it on AirBnB before she arrived and described it lovingly. When I asked her how much she was paying for it, she proudly declared it was only $850US/month.

I mustn’t have been able to mask my surprise, given that my research revealed an average furnished place in the centre of Cuenca comparable to her description shouldn’t cost more than half that.

“Well, I don’t think I’m an average traveler. I don’t have to be so careful about money. And besides, by U.S. standards $850 is a bargain,” she said.

Again, I bristled at the assumption that “average travelers” need to be careful about money, and then launched into a short tirade about all the ways tourists unwittingly cripple local economies by saying things like “by U.S. standards it’s a bargain”.

This woman’s transgressions aside, there’s also a problem with AirBnB. People looking for local accommodation from abroad have limited options, and if you insist on committing to something long-term before arriving (which I totally understand, but frankly it’s a rookie move), then you’re usually going to pay a premium. More often than not, in developing countries it’s not locals listing their places on AirBnB, it’s expats and foreign landlords, who know they can jack up the prices. I met another couple of readers who were visiting Cuenca for a month, and booked their apartment again using AirBnB in advance; they paid over $1,000 for it. And again, they thought it was a great deal, while I swallowed hard and kept quiet.

So, while the above two readers either preferred to have their accommodation booked in advance at a premium, or didn’t know that arriving and finding something locally for much less money was possible, or just didn’t care, in all three cases, I felt them financially looking down their nose at me. Like as a lifestyle traveler, I’m some dirty hippy who can’t afford to eat at nice restaurants, or wear nice clothes, or overpay for my accommodation.

I do eat at nice restaurants. I wear designer travel clothing. I just don’t overpay for my accommodation.

In fact, the tables are turning when it comes to lifestyle travel. The more Financial Case Studies I curate and publish, the more amazed I am at how much money people are making with their online businesses while traveling full-time. I nearly fell off my chair when I read a submission by some travel blogging colleagues (who started in the game years after I did) who are making well over $120,000/year. And they also house-sit regularly; obviously not because they need to save money, but because they enjoy house-sitting.

The Irony of it All

The big misconception used to be that lifestyle travelers must be rich to travel full-time. In fact, my entire website is dedicated to showing people that traveling full-time can be financially sustainable. In my initial years of full-time travel, I was building my online business and didn’t have a huge disposable income to work with. In my quest to make ends meet, I stumbled on some amazing ways to travel full-time and live around the world for way less money than you might ever suspect. For example, in 2010 and 2011, I spent $17,000 each year all-in, visiting 22 countries in those two years. (My secret? How to Get Free Accommodation Around the World)

So, I certainly created a case for how it’s possible to be a lifestyle traveler for very little money.

But now this perception is backfiring on me. I’ve been publishing my annual income and expenses for over five years now, and have actually been “accused” by some people of spending “too much” money! This, from a commenter on my last expense post:

Good for you. You win a prize for eating cheaply. I could certainly have spent less money on food and drink in Peru if I had needed to. And I sure don’t make $120,000/year, but I’ve said it over and over again: financially sustainable travel is not synonymous with budget travel; it’s about making lifestyle choices that are in line with the money you make.

Now, it seems the tables have turned and the outside assumption is that anybody who travels the world full-time in any sort of budget-conscious way (eg: house-sitting) must be broke. Prior to the location independent career movement, which allows people of all ages to earn a living with little more than a laptop and internet connection, I would have said that the assumption that house-sitters and lifestyle travelers are broke(ish) might have been pretty accurate. But this is simply not the case any more. Just look at my $120k/year travel blogging colleagues.

Add into the mix a huge demographic of retirees hitting the travel scene with disposable income and a desire to experience life around the world, and house-sitters and lifestyle travelers now come with all kinds of financial configurations and budgets.

So, before you look at me pityingly because I have no money and must live a tough life because I enjoy getting free accommodation around the world, please consider the possibility that I just might have more money in my bank account than you do.

Then again, you know how much money I make. It’s not a lot by any standards. So maybe you should be the one paying for my lunch, if it’s such a bargain for you.