Cutting Your Losses: Why I’m Losing in Order to Win 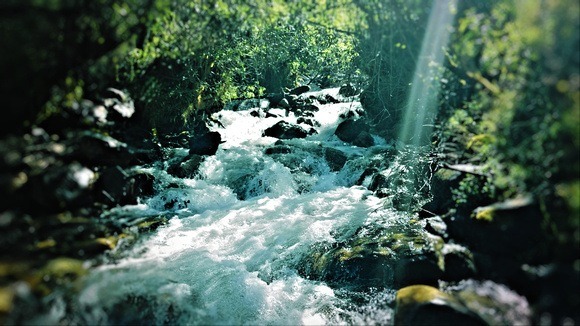 Let me tell you why I’m cutting my losses, losing in order to win, and how cutting your losses can sometimes be the best thing.

It All Started With an Accident

As you may have read in my post about the cost of full-time travel in 2013, it was a tragedy-filled and expensive year for me. One of the main reasons for this was a head-on collision that I survived (my (ex)partner and I were riding our scooter, and were hit head-on by an SUV) in February 2013. It turned my life and travels upside down, and ultimately led to the demise of my relationship and life in Grenada.

It Continued With Insurance

When we got into the accident, we only had third party liability insurance on the scooter. That meant we had no coverage for this accident, for which we were not at fault. Our recourse to get money (for medical bills, loss of the scooter, loss of income, and other damages) was through the other driver’s third party liability insurance. We knew this would be an uphill battle, and it was. Is. (Was).

We haven’t seen a penny. (Or rather, I haven’t. I can’t speak for my ex, but I believe he’s still fighting for compensation as well). The insurance company has done everything possible to delay and negate our claims – as insurance companies do when facing a significant claim. They’ve played every game in the book to refuse certain expenses, fight others, and blatantly ignore the rest.

I no longer live in Grenada, and have been at the mercy of a lawyer (of questionable quality) to advocate on my behalf – more strikes against me.

The insurance company did make a settlement offer: of less than $2,000, which doesn’t even cover the cost of the totalled scooter, much less my medical expenses, lost income (for which I submitted proof), and the myriad of intangible costs of this life-changing accident. With my luck if I had accepted that claim, the lawyer would have taken most of it as his fee.

Instead, I countered with a reiteration of expenses and receipts and yet more proof of why everything is legitimate. They said “no thanks”. With no counter offer, nothing. Just, no thanks.

The next problem arose when my lovely lawyer informed me that although he was able to negotiate a potential settlement, he was unable to take this matter to court (which was the next step), as he has a potential conflict of interest since he personally uses the insurance company in question.

When I finally located a different lawyer through an international network and lawyer-friend in Canada, I was informed that I would be required to fork out thousands of dollars in a retainer fee to use them, and that there was no guarantee that I would recover the money I paid them even if I won the court case.

Anybody with a law degree reading this next bit is going to cringe: I’ve decided it’s time to cut my losses. I’m going to do exactly what the insurance company wants me to do, which is to walk away.

Although the retainer required by the new lawyer was the impetus for this decision, it runs deeper than that. Since the accident, I’ve invested a huge amount of time, money, and energy in everything from physical and emotional recovery, to the ridiculously ugly claims/settlement process itself. All this energy has been incredibly negative, and has not helped me move forward with my life.

Going to court is no guarantee that I’ll recoup any of this money, and my time and energy spent is gone forever. In fact in order to go to court, I’ll likely have to return to Grenada at great (further) expense – financial and otherwise, and through what will surely be more games played and delayed court dates, even more expense and time than anticipated – for which there is no guarantee of compensation for any of it.

I Lose, They Win, and I Win

I wrestled with this decision long and hard. On the principal of the matter, it ires me to no end that I’m letting them win by not fighting this claim further. I’m losing, and they’re winning.

But in letting go of this battle, I also win. I win my life back.

I’ve been in a sort of stasis for too long, waiting for compensation (dare I say even hoping for a life-changing settlement), which I’ve realized is not going to happen. Whatever settlement I could have received wouldn’t make or break me financially, but the process of getting there could do so emotionally and physically.

You know what? Keep the money. I’m getting on with my life.

Have you Ever Lost to Win?

I’m not looking for legal advice, so please – I don’t need to be told what a horrible decision I’m making from a legal standpoint. I’m aware.

Instead, I’ve chosen to bear this personal story for the world to see, to demonstrate that sometimes, we don’t have to win a battle, even if we know we’re in the right. Sometimes, winning is taking the high road, cutting our losses, walking away, and moving on.

Since making this decision, I feel better. My demeanour is lighter, and I smile more. I’ve turned the final page and closed the book on my relationship, and now I’m free to create a new life for myself. And you know what? It feels good.

Have you ever lost something, to win in life?

This is one of a few serious challenges I’ve had in my 12+ year full-time travel career. Natural disasters, diseases, more breakups than I’d care to admit to…..it’s all here.

40 thoughts on “Cutting Your Losses: Why I’m Losing in Order to Win”