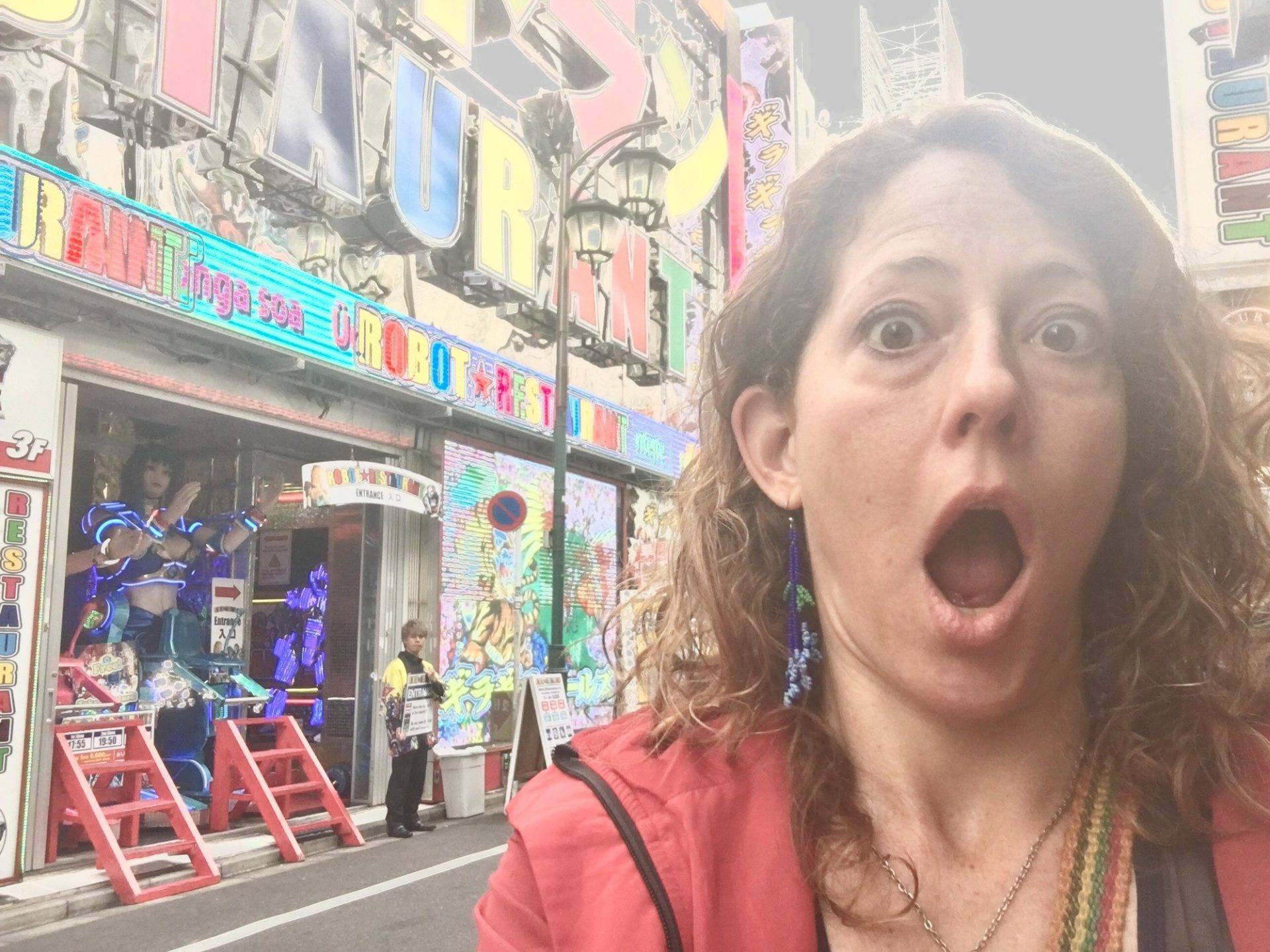 “This is the greatest show ever. I never want to leave,” said the man sitting next to me at Tokyo’s Robot Restaurant show. Prior to that moment, I’d never thought it possible to be simultaneously sarcastic and truthful, but he pulled it off flawlessly.

He had a point. I knew the Robot Restaurant was going to be ridiculous and over-the-top before going, but I was nonetheless totally unprepared for what I saw.

Why on Earth Would I Go to the Robot Restaurant?

Anthony Bourdain told me to. Okay, maybe he didn’t expressly do so. But he is kind of a hero of mine with his simultaneous literary and television successes (one of the best travel books I ever read was his A Cook’s Tour: In Search of the Perfect Meal).

In his Tokyo episode of the Parts Unknown series, he went to the Robot Restaurant, and emerged quite obviously lost for words. So the first words he spoke were “that was the greatest show in the history of entertainment.” It’s the only other time in my life I’d seen an attempt at simultaneous sarcasm and truth, similar to the man seated next to me at the Robot Restaurant.

Funny that sarcasm and truth seem to collide when it comes to describing the Robot Restaurant. But that’s just the kind of place it is.

What is the Robot Restaurant Show?

Truly, words defy this experience. I could try to explain it, but it will inevitably fall short of the mark. All the pictures I took, and even the video below truly doesn’t do the Robot Restaurant justice. The closest description I could give, is that it’s an epileptic’s worst nightmare and an ADD’s dream come true. But still….it doesn’t capture the full flavour of it.

Expect to be bewildered, shocked, amazed, confused, and possibly disgusted. Anything is fair game.

I can offer three simple pieces of practical advice in going to the Robot Restaurant:

I’m not going to say any more about the Robot Restaurant, largely because there’s nothing to say. It’s….it’s…..I…..just go. (Watch my video below first. Then go).

Searching for Okonomiyaki in Japan