Arriving in Ireland (With No Money) 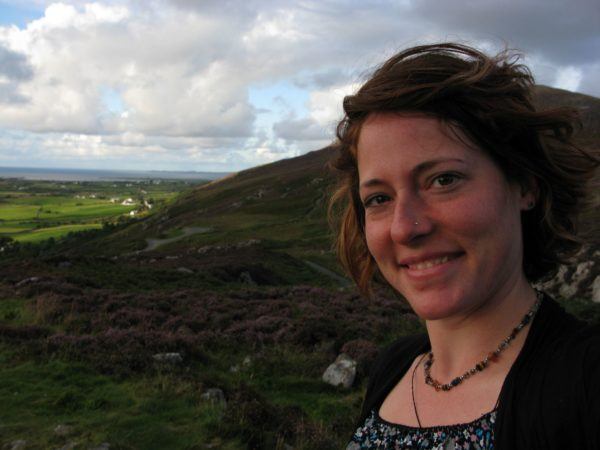 Arriving in Ireland, I stepped off the ferry in Belfast with exactly ₤2.29 in coins and no bills. I only had one night in Northern Ireland before heading to a friend’s place near Derry (where Euros are the prevailing currency), and I was determined to make the best use of this money while not having to withdraw more pounds at an ATM and subjecting myself to the associated withdrawal fees.

See also: Hidden Costs of Traveling, and How to Avoid Them

With some trepidation, I asked a staff member at the ferry station if it was reasonable to walk to the city centre.

“Ha! No, love,” was the response that elicited a cringe from me.

“Not sure, but you’d better hurry – it’s over there, and about to leave,” he said with an encouraging smile.

I raced to the bus depot to find three buses. I approached the first one. “Do you go to the city centre?”

“Yes love, but do you have a pre-paid ticket?” This was a question with what I thought would be an obvious answer, given my initial query.

Strike one. I didn’t know exactly how much I had in my wallet, but I was pretty sure it wasn’t ₤3.

“You can try the public bus over there,” he said in response to my crestfallen expression. “It’s ₤1.70, and takes you to the same place.” I immediately wondered why anybody would pay ₤3 for the bus in front of me. Then again, had I more thoroughly researched my destination instead of planning to arrive on a wish and a prayer and playful desire to “see what happened”, I too might have discovered this bus service online, and thinking it was my only option, pre-paid for my own ticket.

I raced over to the public bus and confirmed the destination and price with the friendly driver.

“You don’t by any chance take credit cards, do you?” I said with a hopeful smile. I still wanted to hang on to my change, just in case I needed it for something trivial like food.

“Where are you from, love?” he asked.

“And in Canada, do they accept plastic on the bus?”

“Um, no. Touche!” I said. We were both smiling. I counted out my coins (thankfully discovering that I actually had enough), took my ticket, and was wished well by my humourous chariot driver.

From the moment the first person called me “love”, to the sarcastic-yet-playful sense of humour I experienced in no less than five minutes, to the friendly smiles, regular eye contact and passing conversation with strangers, I knew I’d love Ireland.

Having come off a tiring week of hiking and driving and attending Fringe shows in Scotland, I was exhausted. My primary motivation for my first night was to sleep, as I knew my approaching birthday weekend and ensuing week in Ireland would be a full one.

I’m pleased to report that upon leaving Northern Ireland I had managed to find accommodation that accepted credit cards, scrounged up enough food between my personal stash and the free coffers at the hostel for dinner and breakfast, and even had enough coins left over to buy a yoghurt for the bus ride to Derry, arriving with exactly ₤0.10 remaining.

Stay tuned for my adventures in Ireland in the coming weeks!

8 thoughts on “Arriving in Ireland (With No Money)”