A Bad Day in the Life of a Professional Hobo 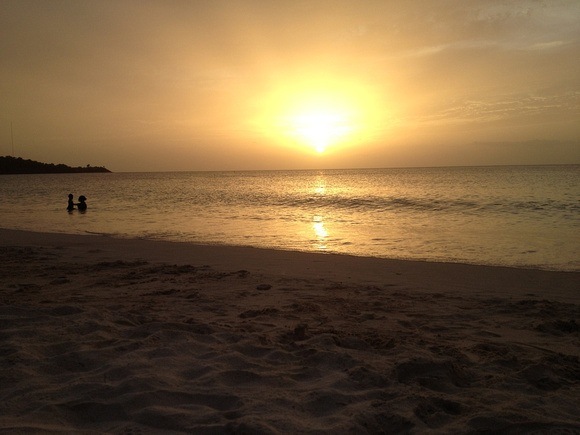 Just in case you were wondering, being The Professional Hobo isn’t always roses and puppy dogs. Sometimes, things go wrong. And sometimes, it gets a little overwhelming (as happens to all of us from time to time).

This is exactly what happened to me when I arrived in Switzerland for my two month house-sitting gig.

Here are some of the things that can (and do, and did) go wrong as a full-time traveler:

It all started with a tearful goodbye to Grenada – and some very special people there. All these years of developing relationships with people and places around the world – and then saying goodbye – are admittedly starting to take a toll.

I’m usually pretty good at making my partings a lighthearted “see ya later” instead of a heavy “goodbye”, and although I’m quite sure I’ll return to Grenada (more on that in another post, another day), the separation this time hit me harder than usual.

As a Professional Hobo, managing finance while living abroad without a fixed address is a little more complicated. (Hence, my entire Financial Travel Tips series).

My credit card was due to expire in June, and I wanted the new card in my hands before I left Grenada. So in early May I called Visa to see if they could expedite sending the renewal card.

Given that my official mailing address is in Canada, this is a two-step process requiring my “designated representative” in Canada to receive the new card, then forward it to me.

As the days and weeks went by without any sign of a new card, I knew something had gone awry, and I eventually gave up on the idea of it coming in time.

When I arrived to Zurich, I called Visa again. The new card had indeed been sent out on my request – but to my age-old address in Australia. Years ago I had asked them to remove that address from the records, and despite confirming in May that the new card would be sent to my Canadian address, somehow it wasn’t.

So with an unactivated renewal card floating around on another continent, there was a security risk.

The next two hours were spent talking to various people at Visa including the theft & fraud department, cancelling my credit card and having a new one issued to be sent directly to me in Switzerland.

My confidence in the already upsetting process was severely eroded when the theft & fraud representative didn’t seem to have any of my information in front of her and we had to review the (oh-so-complicated) spelling of my name three times. My temper got the better of me during the following conversation:

Visa: “What is your address?”

(I spell it out for her)

Me: “How can you work here and not know how to spell Crescent? You know: CRESCENT! Like, Road, Drive, Street, CRESCENT”!

You can imagine my ebbing confidence in giving her a Swiss address (which is formatted completely differently and rife with Swiss-German spelling) to send the new card to.

I probably could have applied for a new credit card (and received a hefty frequent flyer mile bonus no less) in less time than it took to sort this out.

And my old credit card was cancelled and I was without my main mode of paying for things. Nor did I have any cash on hand.

Things were made even more complicated since I couldn’t give the Visa representative a phone number to call back and confirm the details, as is their protocol. (Read on)…

On arrival at a new destination, I usually buy a pre-paid SIM card for my unlocked cell phone. I didn’t have a chance to immediately get a SIM card when I arrived in Switzerland, and when I finally did have time, I learned – the hard way – that most places close early on Saturdays, and nothing opens on Sundays.

This normally wouldn’t have been a critical matter – except I had no phone number to lubricate the process of re-issuing my credit card, which created further stress – both for the idiotic customer representative at Visa, and also for me and my lacklustre confidence in ever receiving a replacement card.

If there’s a down-side to house-sitting, I’ve come to feel the effects of it over the last few gigs. As much as having free places to stay around the world seems idyllic, it comes with a responsibility….the responsibility for other people’s stuff.

And maybe it’s a personality thing, but I take the responsibility of caring for other people’s stuff more seriously than I take caring for my own stuff.

So you can imagine the horror I experienced when, no more than an hour after dropping the home owners off at the airport, I returned “home” and had trouble parking the car in it’s incredibly tight spot between a wall and unforgiving concrete post (I’m told it’s the worst parking spot in Switzerland), and I scratched up the entire side of the car trying to un-wedge myself.

Minutes later, I broke a flower pot and sent their well-loved orchids flying across the room. (All by accident, of course).

This immediately brought back memories of my last house-sitting gig in Grenada, which although also idyllic, involved both of their cars breaking down in unfortunate ways, and the dog requiring emergency surgery and extensive ongoing care for weeks on end. Each night I went to sleep praying that the dog wouldn’t die in my hands while the owners were absent – which would have been a disaster for all of us. (Thankfully, the dog is still alive to bark the story).

I’m not a natural whiner. In fact, I’m known for being a pretty damn freaking positive person.

Unto their own, each of the above challenges would have been easy enough to cope with. But somehow when dealing with the inherent stress of relocating to a new place, missing friends, jet-lag from a 20 hour journey, not speaking the local language or understanding how to get around and perform basic tasks, having things go wrong with communication logistics and finance, and having stuff go wrong with other people’s stuff – all within the first 48 hours…..this made for a very bad day in the life of The Professional Hobo.

So I had a bad day. Will I survive? Sure. I’ve already sorted out most of the issues, and am back on track to redeeming my summer in Switzerland. The things that go wrong and cause me stress in my life may be different from the things that go wrong in other people’s lives, but no life is impervious to things going wrong. Not even The Professional Hobo.

I also believe we can interpret our experiences – and the emotions they evoke – to make positive changes. Not everything has to be “a sign”, but anything that makes you feel or react strongly should not be ignored. It’s possible that The Professional Hobo has a little soul-searching to do.

More on that another day, when I’ve figured it out myself.

And now, for a little levity, enjoy these videos of what I eventually got up to in Switzerland!