What Makes You a Traveler? 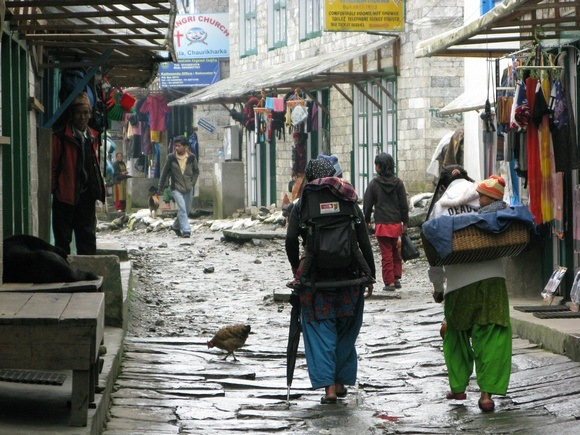 What makes you a traveler? Not always such an easy question to answer.

The longer I travel, the more confused I have become about what “travel” is, and what makes you a “traveler”. And depending on who you talk to, it can be quite a touchy subject, full of egotism and insecurity.

Here are a few profiles of people (or groups of people) who call themselves travelers. Do you agree with them?

Travels for Her Job

Leanna works for the US Military. As such, she has traveled and lived all over the US, Europe, and Korea, and has been doing so for the last 16 years.

Lives Around the World Picking up Odd Jobs

Kyle left Canada 18 years ago, and has wandered the world ever since. He’s lived in some places for years, some for months, and some for just weeks. He works his way around the world (mostly doing bicycle courier work), and in response to my tag name of “The Professional Hobo”, he likes to call himself “The Reluctant Nomad”.

Samuel grew up in New Caledonia, and after studying in France for a few years, took up a meditation practice that has led him to a variety of countries over the last three years, including India, New Zealand, and Spain. He makes ends meet along the way by volunteering in trade for accommodation or finding work as he goes.

Lives in an RV, Relocates Every Year

Kim and her partner John are originally from New Zealand, but have spent the greater part of the last 10 years in Australia. They travel and live in a large bus, and when they tire of living and working in one place (usually after a year or so), they move on to a new town.

Then there’s the wider contingent of people who take vacations. Regardless of those hard-core “travelers” who suggest that tourists aren’t travelers, they are. A tourist is defined as “somebody who travels for pleasure”, so they’re in the club too.

Backpackers who take sabbaticals, gap years, or round-the-world trips. It’s often the people who travel in these circles who consider themselves the “elite” of the world of travelers, citing feats such as “getting off the beaten path” as being travel stripe-earning accomplishments.

Expats, who have uprooted their lives to live in an unfamiliar place, usually for a career opportunity. Inside this group is a further sub-culture of ex-pats who have embraced the concept to the extent that they like to move to a new place every few months or years.

Many of the people described above might fit the definition of migrants better than travelers. (A migrant is defined as somebody who moves from place to place wholeheartedly, living and working there).

But are migrants also travelers?

Travel is such a multi-dimensional term that the more you think about it, the broader its definition seems to become. In its most basic sense, simply the act of going anywhere is traveling. Heck – you even travel to the grocery store.

Instead of trying to define an act or methodology that typifies travel and quantifies travelers, I wonder if we’re slicing it the wrong way. What if instead, we make travel about the intangible results you get from performing the act of traveling?

I would suggest that all of the traveler profiles above could fit comfortably under the following definition of travel:

Travel is an experience that changes you and your perspective.

Without actually traveling (even in its most basic sense), you’re not likely to be exposed to the different influences of the world that would change you and your perspective. And I’d wager that everybody described above can attest to the growth and perspective gained by virtue of being on the road.

What do you think quantifies a traveler? Are any of the people described above NOT travelers?

15 thoughts on “What Makes You a Traveler?”