I Love You Mom! Crying on Television, and Other Quirks of Jakarta 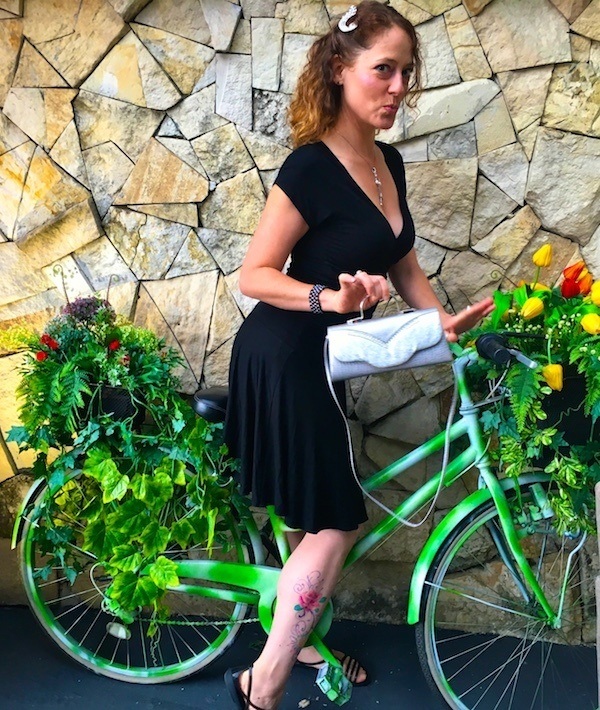 Although I spent three weeks in Jakarta, I can’t possibly presume to say I know anything about the place. I spent most of that time living in two different houses in a suburb thereof, enjoying a retreat of sorts in my room, catching up on a pile of work and preparing for my upcoming trip to India.

In fact, I had no intention of even writing about the place. Except, a few interesting things happened, and I just can’t help but share these amusing quirks of Jakarta – quirks that I suspect to a larger degree reflect Indonesia, and perhaps even to an even larger extent, Asia.

I Love You Mom! (Crying on Television)

The tipping point for my decision to write about Jakarta came from a television show on Indovision. A friend who I was staying with loves to watch tv shows of concerts, and other types of vocal performances. One night, she was watching an Indonesian equivalent of The Voice; a vocal competition/reality show that involves contestants enduring months of competitive performances and challenges. So of course, this means the contestants (who are from all over the two million square kilometres of Indonesia) spend these months in Jakarta, away from their homes and families.

The show is playing in the other room, and I’m not paying much attention, as I eat my dinner in the kitchen. Suddenly I realize the singing has stopped, and for quite some time, various people have been crying.

I ask my friend what’s going on. She says because the contestants are all singing from the heart, they are singing to/for their mothers. Thus, a big component of the show is the theme of Mother. In Indonesian culture, Mom is #1. She trumps everybody else in life, and is respected and revered as the most important person. According to my friend, you always take care of your mother, even if it is at the expense of your own self-care.

(As a side note, I think this is perhaps a little extreme, but the sentiment is beautiful, since mothers become secondary in their own lives when they have children. For the children to respect this and give back to both their parents, is the way things should be, and is unfortunately something that seems lost on much of North American culture. I love you Mom). (/end soapbox rant)

So. As I watch this tv show, the host is engaging one of the contestants who is crying uncontrollably, telling a long tale about his mother. When he’s no longer able to speak because he’s crying too much, another contestant is at the mic talking about her mother, and crying. A third contestant is consoling her. Then the host breaks into tears. The camera pans the audience members, all of whom are in various states of dishevelment from crying.

Back to the contestant who was consoling her running mate. Now her own head is in her hands, and she’s sobbing about her mother. Suddenly, a 78 year-old woman is wheeled out on stage – the mother of this girl, who has been flown out to Jakarta for this on-air surprise. She collapses at her mother’s feet, and more tears flow.

I can’t believe what I’m watching. And the harder people cry, the more I can’t help but laugh in total disbelief. This would never fly on American tv! I’m shocked at this outpouring of emotion that is going on, and on, and on.

It’s been almost an hour. I ask my friend how long this is going to go on for. She tells me this happens on almost every show, and lasts for up to 1.5 hours. I blink in amazement; this pop-cultural insight becomes a real highlight of my time in Jakarta – not because the rest of my time is boring, but because it’s so damn surprising. And pretty funny.

As the token bule (foreigner) friend of my lovely host, I was invited to accompany her to a friend’s birthday party. Problem was, I didn’t get the memo about the dress code. As if my red curly hair and white skin didn’t differentiate me enough, my lovely green shirt stood out like a sore thumb amid a sea of yellow.

Despite my wardrobe faux pas, I was welcomed with open arms by this giggly group of about 20 Indonesian women, who get together regularly to share lunches, birthday parties, raffles, and WhatsApp messages. Although language was a bit of a barrier, it didn’t stop me from feeling welcome, becoming a part of dozens of group selfies (as a side note, I’ve never seen so many selfies being taken in my life), and a further invitation to another birthday party a few days later (dress code: black princess dress).

Dress codes and themed parties seem to be a thing in Jakarta. While out for lunch one day, I saw another group of women having lunch together, all dressed in pink. My host tells me she belongs to about half a dozen different groups of women (one is for school moms, another is neighbourhood-centric, etc), who get together regularly, almost always with a themed dress code.

My final event was another lunch with the girls, dress code: blue jeans and white tees. I had to turn down another invitation to a birthday party which was a day after I left Jakarta; dress code: schoolgirl’s uniform. A bunch of these women are taking a trip together to Japan soon – and even for Japan, they’re bringing matching outfits.

I think the idea of themed parties is brilliant. It’s lighthearted fun. It adds some variety to the mix, and makes for some great pictures. Like I said, I’ve never seen more selfies being snapped in a concentrated period of time in my life. When I offered to take pictures for some people, they refused – they preferred to take selfies. I was so amused, that I started taking my own pictures of people taking pictures of themselves.

During my stay in Jakarta, I lived in a relatively isolated and privileged part of town. It was a land of gated communities with blocks of almost identical houses, each with built-in servant’s quarters, multiple cars, and full-time chauffeurs. One couple told me that their monthly costs to run the household (all in, not including mortgage) was about $2,000 (USD).

This is the good life in Jakarta. The houses I stayed in weren’t super extravagant by North American standards; they reflected what an upper-middle-class person would own. Here in Jakarta, it’s the high life. (There are more opulent places in Jakarta for sure, but this is plenty high. For context, the governor of Jakarta lives in a similar neighbourhood).

While living the high life, I met many others living a similar life. The women in those themed party groups? Although some of them have bule husbands, don’t assume they’re trophy wives, or living a life of leisure. Many of these women wear the pants in the family. I met restauranteurs, famous artists, plastic surgeons, and owners of large companies.

Who had the money and what they did for a living was of no consequence at these parties (the only reason I came to know their backgrounds is because my friend privately shared this information with me). For these women, social status was secondary. Fun was first.

But that’s easy to say when everybody at the party has a personal driver. There’s another half to life in Jakarta, and Indonesia on the whole, and I’m told there’s very little middle ground. It’s a land of the haves and have-nots. I was lucky enough to be chauffeured around, cooked for, and cleaned up after, in a style that was initially quite uncomfortable for me. The household staff looked at me like I was crazy when I said I’d take my luggage upstairs, or wash my own dishes, or do my own laundry. They gently took my hand, assured me it’s their job to help, and made me sample a taste of what it is to live a very privileged life.

Although I’ve heard horror stories about the mis-treatment of household staff, I’m happy to report that I saw no such thing. In fact, in one household I stayed in, the staff positions were held by extended family members who weren’t as well-off, and they lived and operated as a welcome part of the family.

If all this rambling seems like I’m trying to justify living with servants during my time in Jakarta, maybe I am. But truly, perhaps it’s no different to my visiting any country with a lower standard of living and weaker currency, and using my plentiful Dollars to stay in comparably nice hotels/villas with cleaning staff. It’s all a matter of perspective.

Which brings me back to crying on television, and family values in Indonesia. Regardless of social status, one unifying concept I saw – in Jakarta, as well as Bali, was that of family.

I consider myself extremely lucky to have been accepted into a few different families in Jakarta, during my impromptu three weeks in the area (after evacuating from Bali). Despite the fact that I did very little, the experiences I had allowed me to sample a bit of daily life – which is the whole reason I decided to travel full-time in the first place. So despite the fact that these families were confused by the fact that I barely left the house, I could not have had a better, more local, and insightful travel experience.

Where to Stay in Jakarta

Things to do in Jakarta

6 thoughts on “I Love You Mom! Crying on Television, and Other Quirks of Jakarta”