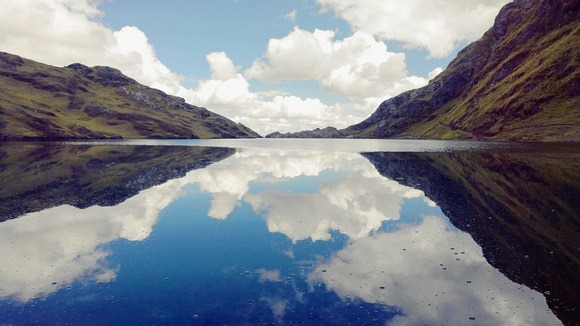 Each year, I publish my cost of full-time travel, as well as my income for the year. I do this not to set the bar for what you should earn or what you should spend in order to make your travels financially sustainable; rather – as the years go by and my own income and expenses vary – to demonstrate that there is no bar.

Note: I earned income in US Dollars, Canadian Dollars, British Pounds, and other currencies. All has been converted to US Dollars for ease of comparison.

This is considerably less than the $30,000 I made last year (and is more in line with what I earned in 2012). But it’s also an expected decrease given that 2013 included a few large one-time lump sum payments. I also dropped a few gigs this year, and picked up a new one with CreditWalk.

Affiliate sales are up 15% from last year, partially due to an ever-increasing income from Amazon, which alone came to almost $5,300.

This is a hair more than last year; I choose my advertising ventures carefully and vet them for suitability to my readers, so I never count on advertising income to be massive.

This represents the ongoing sales of my two books How to Get Free Accommodation Around the World and Tales of Trains: Where the Journey is the Destination. Towards the end of the year I also released Tales of Trains on paperback, so these sales not only represent digital downloads, but also Amazon paperback orders.

This category is mostly comprised of royalty payments for a Hollywood movie I was in (a few lifetimes ago) and for my first book (10,001 Ways to Live Large on a Small Budget).

…..which is about $12,000 less than last year. This was expected, since I received a few lump sum payments in 2013 that upped my income accordingly. I’m not mourning the decrease in income either; if you compare it to my cost of full-time travel in 2014, I still earned more than I spent (by a few thousand), so all is good.

The recent launch of Working on the Road: The Unconventional Guide to Full-Time Freedom (since discontinued) represents over a year and a half of work, and I’m thrilled it has finally hit the market. I expect it will kick out a nice little chunk of income in 2015, and will generate passive income in months and years to come. In recent years I’ve been attentive to developing various forms of passive income (such as affiliate sales, books, and more), and 2015 will be a year of reaping the dividends of this work.

If you’ve read between the lines in the last few months, you’ll know I’ve been bound for some life changes. I’m no longer inspired by a life of sitting in front of a computer and being tied to the internet every day, and I’m taking measures to find other ways to earn money and engage the world in a different way.

As such, you’re going to see me on social media less often, and I’m scaling down the number of posts I publish on this site. (I used to publish three times per week; now I’ve reduced it to one to two posts per week). I also dropped most of my freelance writing gigs at the end of 2014 to make time and space for new opportunities. Having said that, I’m not entirely sure what those new opportunities will look like, but I have a few ideas:

These opportunities (and whatever might lay around the next corner, which I’m open to) are quite exciting for me, but won’t exactly pay the bills for quite some time. Thus, I expect my income in 2015 is going to drop. But I’m prepared for this with some savings that can float me for a while, and my home base in Peru has a low cost of living that makes a transition like this possible.

In 2006, I redesigned my life to embrace my dreams and recapture my passion and inner flame, which had quelled. It led me to a life of full-time travel and eight years of unparalleled adventures.

I’ll be musing more on this in weeks and months to come; it’s an interesting process, and in some ways, I’m finding it more difficult this time than I found it to sell everything I owned (including a busy financial planning practice) eight years ago.

But life is for living; and I’m excited to sip from the cup of the unknown and venture into new lands, ideas, and passions. Here’s to an amazing adventure in 2015!