Paying for Alone Time on the Road 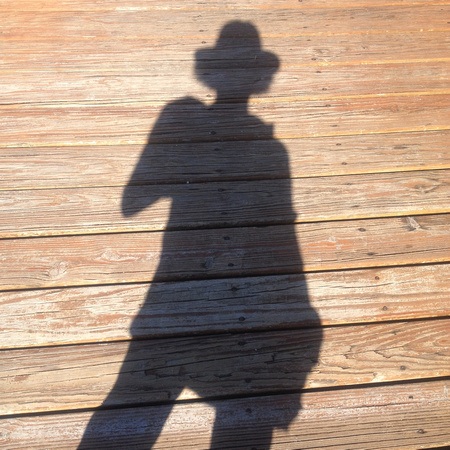 I have arrived. By that I mean, I am here. Present. And Productive. Or at least, Pleased. But I’m Paying for it.

Now that I’ve exhausted “P” words to describe my current state of being, let me explain.

I have rented a place of my own, in Gulfport Florida for 10 days; something atypical of my travel lifestyle, which usually surrounds some form of free accommodation.

Instead of this place being free, it’s expensive. Like, holiday rental rate expensive. It’s reasonable when you see what I’ve got – a stand-alone one-bedroom house with full kitchen, gym, and other unique features, in a very funky area – but it’s not exactly cheap on the full-time travel scale.

Sometimes, it’s worth paying for alone time on the road.

The Dark Side of Hospitality Exchanges

So far this year, I’ve bounced around from place to place, staying two days to two weeks with various hosts and close friends. And it has been lovely. I’ve stayed with hosts that provided cultural exchanges, catch-up time with girlfriends, and pow-wows with colleagues.

Since arriving in the States a few weeks ago, I’ve been sick. This has been exacerbated by my hosts’ pets to which I’ve had various allergic reactions. In one case, I was sharing a 400 sq ft apartment with a friend and two big dogs. If anybody could squeeze together in that space and not kill each other, it was us. But it was also too much, physically and mentally.

When you stay with other people, you make sacrifices. You must abide by their house rules. You keep to their hours. You lose personal time and privacy. And very few hosts understand a location independent person’s requirement to “play” on their computer for hours each day. (And no, it’s not play. It’s work. And it pays the bills too).

You’re interested in the cultural/friendly exchange, so you engage in more conversation and fun time together. This is nice, but it comes at a cost; either the cost of work, or personal space and alone time. (Or sleep). This is a no-brainer to cope with in the short-term; but long-term, it’s just not maintainable.

I’ve long professed house-sitting to be my favourite form of free accommodation, since it affords me my own time and space to work, while allowing me to sample local life around the world.

I stick to these words. But I also throw in the teensy caveat that you’re still living on somebody else’s turf and terms. And not all house-sitting jobs are so easy; I remember one gig in particular that took me and my mother (who joined me) hours each day to keep the house clean, the dogs walked and fed, and garden tended to. I have no idea how the home owners managed on a daily basis, with full-time jobs.

This isn’t to say I’ve given up on hospitality exchanges or house-sitting, or other forms of free accommodation. Rather, after seven years of full-time travel, and after having had the luxury of my own place in Grenada for a while, I realize I need to pay a little more attention to me.

I’ve lost a little piece of myself in adapting to so many different scenarios and circumstances for so long.

Maybe I’m getting old. Or tired. Or jaded.

But more likely I think I just need to have my own space and alone time on the road every once in a while to decompress, reflect, project, and just be.

And to sing in the shower.

And sometimes, that’s worth paying for.

27 thoughts on “Paying for Alone Time on the Road”