Meeting People Online…and Then in Person 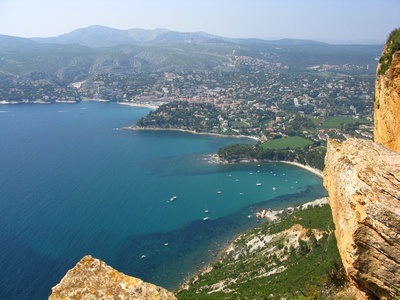 In the last few months, I’ve had occasion to connect with a handful of people who I’ve initially met on-line, developed relationships with over varying periods of time, and then met in person. I’ve stayed with some of them, met others for coffee, and even house-and-dog-sat for yet others.

All of these experiences have been phenomenally good…and yet they could have been equally bad.

Meeting people on-line can be an interesting exercise. I mean, who are these people, really? It’s easy to create an on-line persona that suits the “Superman” or “Wonder Woman” we are inside, but that disguises the starkly contrasting person we could be on the outside. And even more disturbing, is that some people might not have the best of intentions.

So what’s a girl to do when traveling solo and counting on the hospitality of others?

(In keeping with the super-hero theme), trust your “Spidey Sense”. One of the best lessons I’ve learned about travel is that 99% of the people in this world are fundamentally good. Yes, there are bad people, and yes, you can have bad experiences. But more often than not, I’m proud to report that what you see is what you get. If you have a bad feeling about something, listen to your gut. Otherwise, a good dose of faith in humanity combined with street sense can go a long way.

I met the folks I was to house-sit for through HouseCarers, a website dedicated to connecting house-sitters with houses in need of “sitting”. I have a pretty extensive on-line life and persona, so it was easy enough for my hosts to get a sense of what I’m all about, and they were pretty candid about their own situation and needs in our on-line dialogue. But we both had to bridge a gap of trust in order to make it happen. Heck – my hosts even gave me the keys to their house, car, and care of their dogs! Now that’s trust! (See also: Getting Free Accommodation With House-Sitting)

And it all worked out just fine.

Landing on the couches I landed on is another exercise in trust. Without having had a chance to meet my hosts in person and see the whites of their eyes, I didn’t really know what would happen. I worried if we would have enough to talk about, wondered if there would be personality conflicts, and even questioned how we’d recognize each other (since online profile pictures can be deceiving – mine included). But again, I wasn’t disappointed. Instead, I enjoyed a cultural exchange (and in some cases a valuable exchange of professional ideas and concepts too), and had a chance to delve even deeper into and build upon a friendship that was sparked on-line.

People regularly ask me to look them up when I’m in their neck of the worldly woods, with an intention to have me over for dinner, or show me their home town, or have me as their house-guest. My immediate response is always “be careful what you offer….because I’m the sort of person who will actually take you up on it”! I rarely initially plan on staying for more then three nights, but I’m often asked to stay longer. In the case of some friends in New Zealand, I ended up staying for weeks!

I consider meeting some of these people to be among the best travel experiences I have had, and I look forward to meeting more of my on-line friends in person.

Thank you to my friends in Chiang Mai, Cairns, Brisbane, Broken Hill, Lightning Ridge, Melbourne, Sydney, Rotorua, Auckland, Ulm, Paris, Sanary-Sur-Mer, London, Hampshire, York, Edinburgh, and Londonderry for opening up your homes and hearts to me. Without you, my travels just wouldn’t be the same.

15 thoughts on “Meeting People Online…and Then in Person”