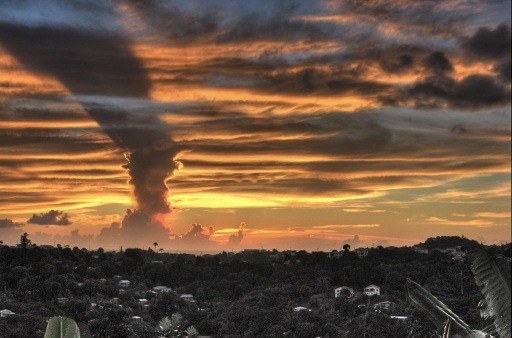 Not going to university….was one of the best life decisions I made.

With my being a Professional Hobo and all, you probably would suspect that I don’t have a University degree, nor have I ever owned a house.

But I wasn’t always a Professional Hobo. For over 10 years I ran with the ranks of the working Canadian population’s median, earning a good income and spending it as society dictated was acceptable. However somehow in the mix I still managed to escape the holds of both University and home-ownership – by the skin of my teeth.

And honestly, if either the University or the house had transpired, I’m not sure I would be sitting on a Caribbean island today, living a financially sustainable life of full-time travel.

And that. That would be a shame.

When I graduated high school, my parents – as any good parents would – encouraged me to go to University. By this point I was very involved in the arts; stage managing large theatre shows, acting in Fringe festivals and short films, and dipping my toes into the world of television with a show I was producing and hosting.

Although this was already a career of sorts, it wasn’t the kind that actually paid the rent, so I knew I had to find a career that would support me in the long run (or turn acting into a paying career, which I knew was a statistic oxymoron).

But I simply didn’t know what I wanted to do with the chasm that represented the rest of my life as a “grown up”.

At the tender age of 18, does anybody?

So I cut a deal with my parents. I gallantly offered to save them the money of supporting me through University getting a general degree in something useless like underwater basket weaving for lack of my having any other solid direction. In University’s stead, I’d responsibly garner life experience, take courses, and when I was ready to commit to a higher education, I’d pay for it myself to squeeze all the value of it that I could.

My parents raised me to be strong and independent; they couldn’t exactly object to this decision which I’d already made, so they quietly conceded.

Over the years, I acquired skills from a number of careers: administrative services, television production, property management, musical theatre performance, various entrepreneurial ventures, and eventually financial planning. I took courses in each of these fields to further my knowledge, and eventually committed to the Certified Financial Planner designation: an internationally recognized designation that takes years to complete.

See also: How to Change Your Career in a Changing World

Success without a Degree

Meanwhile, a high-school friend of mine with strictly traditional parents went the University route. Her parents thought I had thrown my life away. Every time my name came up in conversation, they’d bow their heads and shake them sorrowfully, since I’d effectively ruined my life by not going to University.

Over the years I struggled – and prospered – and eventually made waves through various careers and businesses, being interviewed for newspapers and television shows and doing large public speaking engagements about financial planning; my friend’s parents almost winced with each success.

My friend relished sharing my accomplishments with her parents, delighting in reminding them each time that I never went to University.

Depending on your career of choice, a University education may help, but it’s not a necessity.

The Necessity of University

Some careers (like medicine, education, engineering, and law) of course require a University education. And if you’ve chosen these careers, power to you – you know what you’ve got to do.

But if you – like me, and so many others out there – are still trying to define yourself, a degree isn’t necessarily going to provide that definition or direction. It will help you think in new ways, expand your mind and knowledge, and you’ll learn how to please professors. But University isn’t the only place to acquire these life skills.

In the last years of my marriage, something wasn’t right but we weren’t sure how to fix it. What to do? Follow society’s roadmap to life of course: buy a house! (Because 25 years of debt makes everything better, didn’t you know?)

It’s a blessing that house prices in Toronto were outrageous at the time, and the one house we found appealing enough to make an offer on fell through. In fact it was only a short while afterwards that we realized our discontent wasn’t in “throwing our money away on rent” – it was in the life we had built together that no longer served us. The change we needed wasn’t a move of home; it was a much deeper change.

Simultaneous to my own home ownership tribulations, my friend had just bought a house with her new husband. With rocketing house prices and low interest rates, they bought more house than they could afford (but which the bank seemed to think they could), and they joined the ranks of being house-rich and cash-poor.

The years of misery that ensued for her may or may not have had to do with the restrictions and unrealistic expectations of first-time home ownership, but I’m pretty sure it didn’t help. She was trapped by her own wealth of assets; forced to maintain the status quo just to make mortgage payments.

It was this life-long commitment to debt in the form of bricks and mortar that effectively eliminated my friend’s ability to make new life choices.

(And her ensuing divorce was made even uglier by their inability to sell the house when the time came.)

It’s Not All Bad

Far be it for me to suggest that a University education and home ownership are bad things. They won’t ruin your life (at least, not in and of themselves).

What I’m challenging is the popular notion that in order to be successful in life, you must have a degree and own property.

A degree does not equate to employability.

And monthly rent payments rarely – if ever – equate to the full cost of home ownership (when you account for taxes, repairs, fees, and the myriad of other expenses above and beyond a mortgage). You are not “throwing your money away” if you rent.

(Along those lines, here’s an excellent article by a colleague of mine about the reality of renting versus buying a home. He goes so far as to cite renting as the “New American Dream”).

Chris Guillebeau coined and popularized the concept of The Art of Non-Conformity, having written a best-selling book on the topic already.

(As you know, I’m a big fan of Chris’s website and books, having read and reviewed many of them myself. He’s the brainchild behind the Travel Hacking Cartel, which was the catalyst for my interest in travel hacking and my ability to fly long-haul in business class for less than the price of economy tickets.)

In The Art of Non-Conformity, Chris deconstructs many of the societal norms that we tend to blindly accept, and challenges us to go beyond our comfort zones to chase our true passions and turn them into lifestyles and careers.

Chris is a man of many University degrees, and yet in The Art of Non-Conformity he challenges the necessity of a degree, and instead outlines a specific course of action you can take to further your knowledge and gain the essence of life skills a degree is supposed to impart – all for a fraction of the cost of tuition.

Like me, Chris is not a fan of home ownership, citing even good debt as being restrictive from a lifestyle design perspective. With a nice dose of balance between future-planning and current-living, he summarizes his view on debt here (page 157):

Even the so-called good debt locks people into decisions that they may not be comfortable with for all the years they hold the debt.

And although some would argue that you can sell your home before paying it off if it no longer serves you, there are a lot of people who are stuck with undervalued houses who wish they could do just that. A friend of mine recently sold his home in the aftermath of a divorce, and was left with nothing – nothing – but $30,000 in debt to show for it. Ouch.

There are Many Paths

I’ve led a non-conventional life for as long as I can remember. So it was in my nature to challenge conventional norms like going to University and buying a house, and my non-conventional approach has served me exceptionally well.

I know I’m a bit of an exception to the norm.

But I also know I’m far from being alone.

Don’t drop out of University or cancel that bid on a house because you’re reading this (in fact I flatter myself to think you actually might). They aren’t bad in and of themselves. But don’t accept the template lifestyle if it doesn’t resonate with you.

I believe our societal landscape is changing, and we have the ability to re-write the book of life right now. In the meantime there doesn’t have to be any rules. Just passion, creativity, and commitment.

What do you think? What are your own experiences with University education and home ownership?

Note: Chris recently published his second book: The $100 Startup: Reinvent the Way You Make a Living, Do What You Love, and Create a New Future.