How to Get Support as a Writer Living Abroad 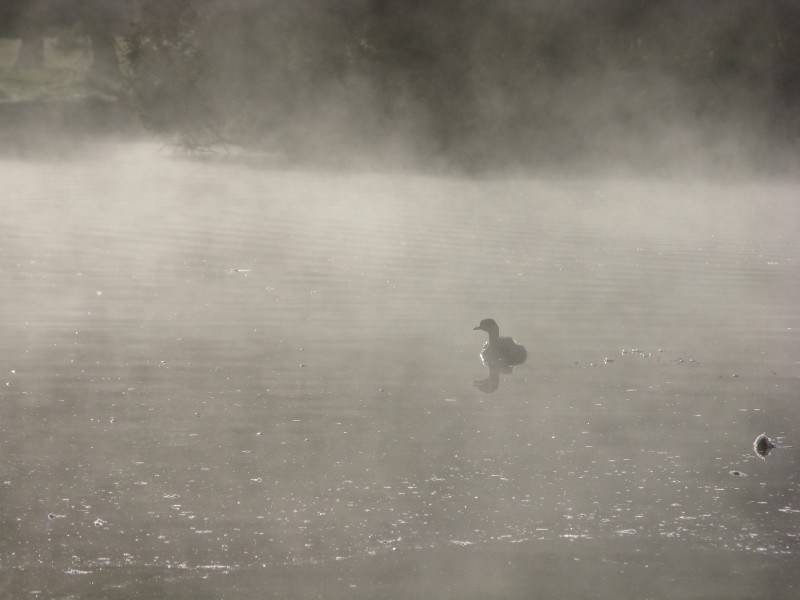 About a year ago, an acquaintance of mine became a published author. The book was about weight loss (and I am a 5’8” 125 pound semi-weakling). But you know what? I bought a copy anyway. Why? Because somebody I know became a published author, and I wanted to buy a copy to support her. So I paid (exorbitantly) to order it and have it shipped to Australia. Why again, do you ask? Because….that’s just what you do….right?

So when I first became a published author, I figured that friends and family from all over would flock to support me in the same way I had supported this other acquaintance of mine. Whoops – I guess I was wrong.

This post was originally published in 2009, and has since been updated for accuracy of links and content.

Note: Although this post may initially seem like a personal rant, you will see that I use my experience to develop a roadmap for how writers who live abroad can get the support they need. Please bear with me; the negativity has purpose.

My Search for Moral Support While Working Abroad

I was mildly perturbed when I discovered on my return visit home one year, how few of my friends had purchased a copy of my book. Plenty of complete strangers and mild internet acquaintances I’d never met ordered copies (some specifically to support me if you can believe it), but none of my close friends did. I eliminated the potentially painful variable of family not getting copies by actually ordering and sending each family member a copy myself. (I’d like to think they would have ordered copies regardless).

Not having the support of my friends struck me as odd and hurtful, but I chucked it up to the fact that copies weren’t yet available in Canada, and maybe ordering from Amazon in the States was too overwhelming or expensive.

But there’s more to it than that, as I’ve realized on reflection. I have already come to accept the fact that distance breeds apathy in friendships – something that I also learned dissipates when reconnecting in person. I do not expect people back home to get up in arms about things going on in my life while I’m on the opposite side of the globe. They have their own busy lives in which I’m not an active participant; I can only expect the same in return. (I will discuss more about how to elicit support from long distance friends later on).

However, my attempts to release certain “friendship responsibilities” (as I see them) from people back home in Canada has meant projecting similar responsibilities onto people physically present in my life abroad – and perhaps unfairly so.

I have a terrific group of friends from a broad spectrum of backgrounds here in Australia, where I’ve been for over six months. It is partly why staying here for so long has been easy; I’ve not felt so much at home anywhere in the world since leaving Canada. I even have a friend whose parents have become such staunch supporters that they’ve appointed themselves as my adoptive-parents-away-from-home.

Since 10,001 Ways to Live Large on a Small Budget is not yet available in Australia, I painstakingly ordered 20 copies (and paid $150 in shipping costs) to get some for Aussie friends who said they’d love to buy a copy. 20 was considerably more than the amount of people who said they were in for a copy, but since shipping is exorbitant, I figured it would pay off to order more and lower the cost per book. (I figured I could sell 20 copies at cost over the next few months, and the shipping costs balanced out my author’s discount to make it a reasonable price overall).

Although some friends bought the book and others didn’t (or haven’t yet), my world was turned upside down when my adoptive parents didn’t buy a copy. Their reason cited? They might not use all the tips in the book.

(Personal Rant: If they had written a book, I’d have bought it, read it, and probably even reviewed it on this Site. If it was crap, I’d have found a diplomatic way to tell my readers that it was written by a friend of mine, and I do everything I can to support my friends – but that the book might not be for everybody. Why would I do all this? Because that’s just what you do to support your friends. Or maybe that’s just what I do.)

I was crushed when my “adoptive parents” didn’t buy a copy. But on reflection, I realize that it’s not their fault. Any number of variables could be in play:

Possibly the biggest x-factor here is that none of the people who have withheld their support thus far in the story are actually writers; nor do they understand the sort of work that goes into writing a book, and the moral support an author requires throughout the process. (And that the moral support can very specifically take the form of buying a writer’s book and letting them know you did).

My Search for Professional Support While Abroad

I happen to have another manuscript, fully written. The book is a combination of a travel memoir and educational/reference tool. When I was preparing to send it to agents and publishers, I asked a select group of people (both back home in Canada and here in Australia) to read it for constructive advice, and they agreed.

That was a year ago. Nobody (with one exception, which I’ll get to) read it. Or if they did, they didn’t tell me. The most feedback I’ve elicited is squished up faces, sighs, and promises that they’ll get to it, or have started it.

(Personal Rant: If you agree to read a manuscript, then you read it, plain and simple. If you don’t have time, then don’t agree to read it. Sheesh.)

As a result, I have lost the courage to persevere with the manuscript. I’m convinced it’s crap, and although I still think the concept is sound, if I try to make something of it in the future, it will involve a complete re-write. (I must also note that in the last year I queried a number of agents who asked to see the manuscript, but said that it wasn’t for them after reading it; this latter group is more instrumental in my decision to re-write, but I can’t deny the painful silence of my beta readers as having a big part as well).

Again, I must take the blame off my chosen reviewers in this instance, for the following reasons:

As I alluded to, there is one person – and one person only – who read my manuscript and gave me feedback. He was a fellow author with whom I had exchanged manuscripts for feedback. Although I did this with two authors, it only worked with the author I could meet with in person (possibly a coincidence, but likely not).

So how does a writer living abroad get the support they need? I think that a writer needs two kinds of support, from two groups of people: professional support from writers and people in your target audience, and moral support from friends and family. And I think there are some game rules for both.

I am writing this article because I wonder if there are other writers who live abroad who are struggling for support in a lonely career on the (sometimes) lonely road. Are these good tips? Is this a base for getting the support we need on the road as writers?

What about supporters out there (in general – not necessarily specifically mine): How would you feel as a “moral supporter” for somebody who lives far away? What would you do – or what wouldn’t you do – to show your support for them?

Tips For Becoming a Writer on the Road

Getting moral and professional support from afar is but one facet of working as a writer living abroad. Here are some resources to get you started in your career as a writer on the road:

10 Rules for Earning Income as a Freelance Writer

Filing Taxes for Digital Nomads: Everything You Need to Know

How to Become a Self-Published Author