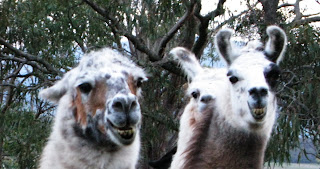 Your dog just died. “She’ll be right mate,” is the sympathetic response of your Australian friend.

Climate change is upon us. The whole country, and in particular the state of Victoria has endured over a decade of drought. “She’ll be right mate,” replies an Aussie as they seem to shrug off an evident problem.

You are hiking, get terribly off-trail, the sun is going down, and you fall into a pit of poisonous snakes. “She’ll be right, mate,” your Aussie friends say, shifting from foot to foot as they ponder what on earth to do.

As a characteristically Australian gene, “she’ll be right, mate” is built into every Aussie’s vocabulary from the womb. It literally and figuratively sums up a way of thinking, and a way of living here in Australia.

Although at first blush the flippant template response of “she’ll be right, mate” may appear to casually ignore the severity of a situation, it is not intended to do so. Instead it is an expression of support, and a general acknowledgment that things tend to work out for the best. And in its most basic and crude form, it is simply something to say when you are perplexed by a problem you can’t solve.

And if you still think it’s an irresponsible or flippant expression, try saying it yourself. You may surprisingly feel much better for it!

Except there is one necessary provision: you must say it with an Australian accent. Otherwise it won’t work, it will sound strange, and you’ll just feel silly. (Yes, even sillier than you’ll feel after saying a nonsensical expression with a foreign accent).