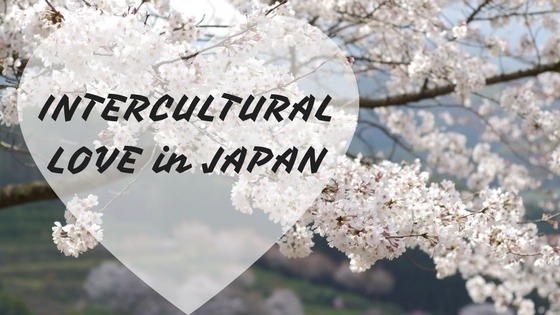 As an addendum to my post about Love on the Road, I’ve been looking at the art of intercultural love in Japan (not that I’m getting any – this exploration is merely of the curious variety).

Although Japan is known to be a fairly homogenous country, Tokyo sees a wider mix of cultures, with the highest number of expats in the country (by far) living in Tokyo. So, it stands to reason that the most intercultural love in Japan happens in Tokyo. This serves my exploration below very well, given that Tokyo is my current house-sitting home.

I’ve seen many foreign men walking hand-in-hand with Japanese women on the streets of Tokyo. I even met up with a few; an American man who met his Japanese wife in the U.S. and moved to Tokyo with her, and an Argentinian/American man who met his Japanese girlfriend (raised in London) in Tokyo. In both cases these Japanese women had lived abroad, and so were able to better share linguistic and cultural values with their partners. I believe this could be an important distinction when it comes to intercultural love in Japan.

But I’ve also spoken with foreign men who have dated Japanese (born and raised) women while living in Japan. For whatever reason, their intercultural love in Japan didn’t last, but were certainly mutual explorations of culture and curiosity.

This is where the game of intercultural love in Japan skews. I haven’t seen one foreign woman with a Japanese man. Not that they don’t exist; they do, but in much smaller quantities.

Ironically, I saw a statistic that 80% of the marriages between foreigners and Japanese involve a Chinese woman and Japanese man; so my observations here will be limited to Western women and Japanese men.

While having lunch with the two intercultural couples I mentioned above, I slapped my cards down on the table and asked them point blank about intercultural love in Japan. They too, agreed that foreign women don’t generally date Japanese men.

Their theories (supported by their own conversations with both Japanese men and women) varied.

After this conversation about intercultural love in Japan, I happened across this very informative article where foreign women share their stories of dating Japanese men. (Spoiler alert: it doesn’t end well for many of them).

These women mentioned many of the above hurtles to intercultural love in Japan, in addition to language and cultural barriers resulting in them feeling like “dancing monkeys”. They were a novelty factor for their Japanese boyfriends more so than an equal partner in love and life.

Interestingly, in the same way the coupling of foreign women and Japanese men don’t generally work due to societal expectations and the “novelty factor”, I have to wonder if these very reasons work for relationships the other way around (foreign men and Japanese women). Perhaps some foreign men don’t mind being a “novelty factor” as much as foreign women do, or perhaps a foreign man is a status symbol or prize for a Japanese woman rather than an oddity.

Either way, I think my study is clear: I ain’t looking for intercultural love in Japan.

26 thoughts on “Intercultural Love in Japan”