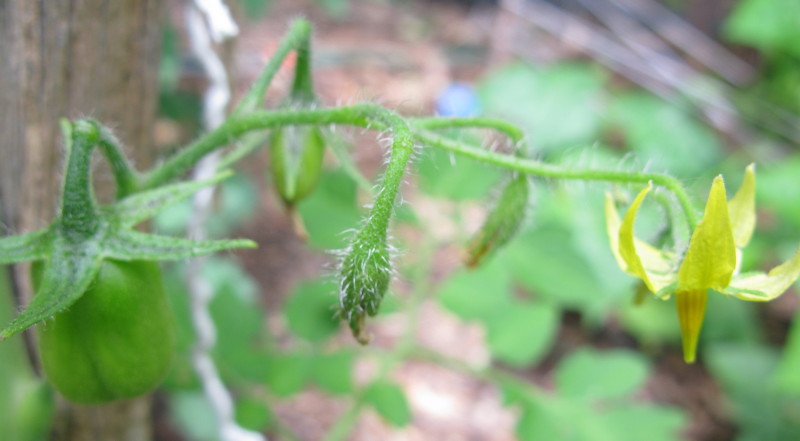 “You must have a little veggie patch at your place, don’t you? Everybody does,” said one Aussie fellow to me when speaking about the Australian agriculture industry. “Chuck just about anything in the ground, it grows here,” were his wise words to me that day about gardening down under.

As it happened, I had indeed just planted some seedlings in a well-tilled patch of soil beside our cottage. Although I was eager to get things in the ground and growing (and producing wonderful fresh veggies all the sooner), I was warned that “you don’t plant anything before Cup Weekend…that’s officially the time to start planting.”

Cup Weekend refers to the Melbourne Cup (held in early November), also known as “The Race that Stops a Nation”. It is a horse race, and in true My Fair Lady fashion, it is an event to see and place to be seen by everybody who thinks they are anybody.

But my attendance at the Melbourne Cup is neither here nor there…it is all about the garden.

After planting our initial reap of seedlings, I immediately wanted for more. “We forgot carrots! Oh – and how could we not have thought of green onions, or broccoli, or spinach for heaven’s sake?” I said no sooner than we had finished filling our garden with seedlings and were standing back in admiration.

Ah well; forgotten (or unavailable) veggies aside, we went with a nice mix of vegetables, some of which are already starting to produce, ahem, fruits of our labour. Or rather, veggies.

Zucchinis are the first and most prolific of our plants to have produced an edible delight, their broad leaves having taken over the entire front section of our garden. But there is still room for the WAY too many chili pepper plants (what were we thinking?!), cucumbers (which are stunted from lack of proper sunlight – I am convinced they will be no more than 2 inches long at the height of their health), capsicum (which is Aussie for green and red peppers), roma tomatoes (they are coming in and are just so darn cute), black Russian tomatoes, green beans, silver beet, sugar snap peas, onions, garlic, corn (a lost cause, the tops of which Bracken periodically bites off when he is miffed at us), and some sorry looking eggplant that I have been convinced is dead despite its slow and sickly tenacious growth.

Prior to gardening down under, I could not say I am somebody with a green thumb. And although I still think my thumbs are more purple than green, there has been an immense feeling of satisfaction in nurturing and watching our little garden grow. The ability to eat fresh food that you have been a part of from its infancy is incredible.

In Hawaii, all we had to do was go for a walk in the Kipuka and come out with armloads of avocados, citrus fruits, passion fruit, and a host of exotic fruits and vegetables some of which I couldn’t even identify prior to living there. Trees that had been planted and nurtured for a decade were only just starting to produce edible foods, a terrific reward for the owner of the property who invested his soul into the land.

And although just about everything grows in Australia (in one place or another; the north is tropical, and the south is temperate), we don’t have ten years to watch a fruit tree mature. We are considerably more instant-gratification-minded.

Which is why having a veggie garden is great for the impatient in all of us. You plant, and within two to three months, you are eating what you planted. Initially, I wondered if we had planted enough, but now I realize that once the garden starts kicking out some produce, we are likely to be overrun. This is a nice problem to have! I simply hope with the longer growing season here in Australia (November thru May), that these plants will continue to kick out edible delights for many months to come.