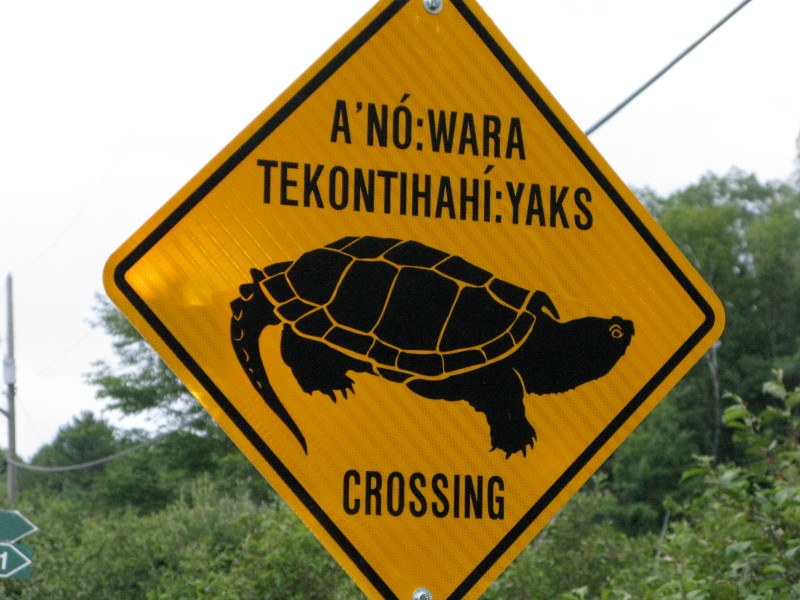 This post about Canadian Wild Animals was originally published in 2009, during my first visit back to Canada after two years abroad. It has since been updated for accuracy of links and content.

Although my week in nature’s heaven of Muskoka was relaxing, the weather wasn’t exactly co-operative. We had one or two days warm and sunny enough to swim in the lake, and the rest was spent largely inside; avoiding the rain, mosquitoes (which are about twice the size of their Aussie cousins), and unseasonably chilly temperatures.

But this is Canada after all, so our visit wasn’t completely bereft of wildlife viewing.

When I first arrived in Australia, I was more than a little nervous about the massive concentration of deadly animals – namely snakes and spiders. Whenever I asked about how to navigate Australia’s deadly terrain however, I was almost always met with the following remark:

“Why on earth are you worried about our little snakes and spiders? You have BEARS!”

Well, yes. We have bears. But the difference is that you can usually see the bears coming. And in urban centres, bears aren’t exactly a problem; you only tend to spot them in more remote areas. Deadly snakes and spiders however – they can get into a lot of nooks and crannies.

After a few months of living with said deadly Australian snakes and spiders though, I have become just as complacent as the locals about their presence. I don’t bother them…they don’t bother me. (For the most part).

Although this visit to Muskoka wasn’t full of wildlife, the great blue heron was a treat to see, as it is not a common sight. The rest….well, as the pictures indicate, the rest of the wildlife was more implied than visible.

Yes, we have snakes in Canada. Just not as many, and nowhere near as deadly.

Yes, we speak English in Canada. This was taken on Native reservation land.

The next best thing to seeing wildlife indigenous to the area is to take a picture of the pictures of the wildlife! The Hogsnake is particularly interesting: although it is not venomous, it puffs up like a deadly snake when feeling threatened. If this doesn’t scare their foe off, then they simply fall over and play dead.

And back in the city of Toronto (as well as in the wild), racoons are a big part of the urban wildlife scene! In fact, Toronto is apparently the raccoon capital of the world. Canadian wild animals abound!