A Week-In-The-Life of Tom: Active Backpacker 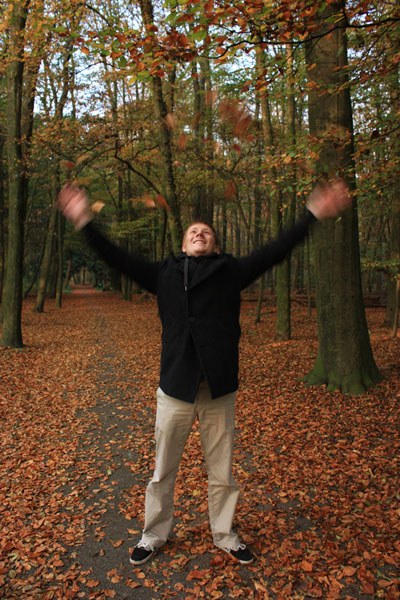 Tom is an Australian expat living in Rotterdam in The Netherlands. He loves Belgium beers, Dutch cheeses and Turkish Pizzas (and some healthy things too!). He started his website Active Backpacker to document his adventures backpacking through Europe, compile valuable and informative posts for other travelers, and to write about his new life living overseas in a foreign country. Here’s a week-in-the-life of Tom, living the expat life in The Netherlands.

Here I am in Rotterdam in The Netherlands. I definitely didn’t think I was going to be here at the same time last year. My girlfriend and I had talked about moving to Europe from Australia to live the expat life for a while, and so we decided to just go for it.

I finished banging away my latest blog post (a Dutch expat guide for those wanting to move to The Netherlands). We had arranged plans for that night to meet up with another Australian expat that we had met online who lived here in Rotterdam too.

She turned out to be a lot of fun, so we enjoyed some tasty pizzas at V.I.P (Very Italian Pizza) and headed off to a bar that has been featured in the guide books, the Witte Aap (White Ape). It’s definitely a nice bar, but it was once voted as the best bar in world which is perhaps taking it a little far.

Either way, it’s a popular spot for the locals too, and we were all packed in there like a tin of sardines. If you ever visit a popular Dutch pub on a Friday or Saturday night, you’d best get over any personal space issues fast!

Lots of drinking and dancing was had by all.

Finally, I’m off to see a local football match. Feyenoord FC (Rotterdam) happens to be playing RKC Waalwijk and a Dutch friend has managed to organise a ticket for me!

The Feyenoord home stadium is known as ‘De Kuip’ which translates as ‘The Tub’. It’s actually a beautiful stadium though and lends itself to a fantastic atmosphere. As we lined up for tickets the ominous looking clouds began pelting rain drops down on us. Oh well, nothing a nice hot cone of ‘patat met’ can’t fix (hot chips with creamy dollops of mayonnaise).

We entered the stadium to a roaring crowd; the Feyenoord fans are known for their passion for football. There was lots of chanting, and then a goal that almost made De Kuip lift off the ground with cheering, but this was followed by a red card that left everyone stunned. It was a very interesting game – but it ended up being a draw much to the disappointment of Feyenoord.

My girlfriend and I rode our bicycles into Central Station for a coffee at Café Lebkov (the best coffee we’ve found in Rotterdam so far). One of the Baristas who works there is the Barista Champion of Holland; I have no idea how you win that title but that’s got to be an indicator of quality coffee, right?

As we sat in the café there was a brief flash of snow outside. It only lasted for ten minutes or so, but it was beautiful to be inside enjoying a cappuccino whilst the white snow whirled around outside. For us, being Australian, snow is still a novelty!

Later that day we updated our Couch Surfing profile, as we want to start hosting people here in Rotterdam and of course start doing weekend trips away in Europe.

I’ve yet to start full-time work, so this was a relaxing day and one full of thought. I did some chores around the house and some exercise, and then I had a think about my goals for life. I started reading Napoleon Hill’s book “Think and Grow Rich”.

I decided that my ultimate goal is to have a completely location independent income by the time I’m 30. That is, to earn enough per month to live wherever I want to live, and to do this through websites, freelance work and the like.

I outlined my goals and exactly what I wanted which is something I have not done for a while. It felt good.

It’s Tuesday, that means the Rotterdam markets are on! They are a swirl of culture and colour, and you can buy everything from fresh farmer’s cheese and dates to bathroom products and antiques.

Whenever I go I love getting a ‘Turkse Pizza’ which is warmed thin bread that has a covering of meat and spices. It’s then filled with salad and covered in garlic and spicy sauce and rolled up into a delectable snack!

I brought some fresh fruit and vegetables and wandered with a Turkse Pizza in hand.

That night we had a Rotterdam Couch Surfing meet up at a pub down the road. It was a cute little café (pubs are called cafes in The Netherlands) with a nice selection of Dutch and Belgium beers. Trudy and I were there early, so we had dinner and waited for the other Couch Surfers to arrive.

It was a fun night; we met a Dutch girl who sounded COMPLETELY American. We could not tell she was Dutch at all; she was a linguist and had an American boyfriend for five years. She said she often gets asked, “Where in America are you from?” – And people are always surprised when she tells them she’s Dutch.

We also met people more people from Holland as well as people from Poland, Czech Republic and France. It was a lovely mix of expats and locals enjoying themselves. For those of us who are native English speakers, we really are lucky that our language tends to be the one used when multiple cultures come together – we should remember not to take that for granted.

I took the laptop down to the café beneath our apartment, Picknick. I got stuck into my latest Active Backpacker project and worked on it whilst drinking coffees for half the day – sometimes it’s nice to work outside of your house or lounge room.

For some reason, I often dream of travelling and living in Asia whilst I’m over here in Europe. I don’t want to be someone who sees the ‘grass as always greener’ elsewhere though. Maybe it’s the winter weather that we’re not quite used to (although ice skating was a lot of fun!), and I think that might be the case as we had a lot of fun backpacking in Europe throughout the summer months.

Still, I loved Asia last time I backpacked through, so I’m looking forward to heading back there again (just need to enjoy Europe first!).

We invited a Dutch couple we made friends with over for dinner. My girlfriend Trudy met Kirsten (the Dutch girl) by doing an ‘Instagram Walk’ that was organised for the city of Rotterdam. I think it’s awesome that you can find great friends through social media events like this – especially overseas in a foreign country!

As soon as Kirsten came in she told us she had a surprise for us. She asked if she could borrow the laptop. We agreed, but we weren’t really sure what was going on.

She then hit play on a website that streams back popular live TV shows here in The Netherlands. Lo and behold a picture of Trudy with her bike (that was stolen) showed up on the screen with a blonde presenter chatting away in Dutch. We picked up a few words (with our limited Dutch) that sounded like ‘stolen’, ‘apartment’ and ‘bike’.

It turns out the show is called Koffietijd (Coffee Time), and every day they give away a brand new bike to a lucky winner who submits a story. Kirsten had submitted a story to Coffee Time about how I had brought Trudy a new bike and it was stolen from the front of our apartment, ‘right from under our noses’ as the presenter put it. She asked Coffee Time to show Trudy the true Dutch spirit and award her with a new bike – which they did!

We were a bit excited then (I mean Trudy was a minor celebrity after all), and so we polished off a delicious dinner of glass noodles with chicken and cashews in oyster sauce.

The evening was extremely ‘gezellig’ (which has no direct translation, but roughly means ‘cosy’) and we look forward to many more to come here in The Netherlands!

Tom will be living in Rotterdam for the next year or so, doing lots of little trips all around Europe whenever he can. You can read his tips for backpacking through Europe on Active Backpacker, and follow him on Twitter @activebackpackr and Facebook!