A Moment in Time on a Toronto Subway 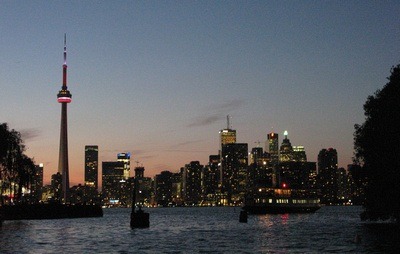 I look up after 20 minutes of sitting on the subway with my nose buried in my iTouch. And I’m surprised at what I see. To me, it’s a slice of the Toronto I remember, and it simultaneously warms my heart and makes me giggle.

After just a few weeks back in Toronto, I’ve noticed a few trends, one of which is the opulence of iPhones and similar devices on the subway. Most – if not all – passengers are glued to some sort of device – a phone, a tablet, a smartphone, MP3 player, etc. The lady on my left is sending a text message. The guy to my right is scrolling through his music collection. Across from me is a couple watching a video, and somebody else checking their emails.

Everybody has one. The peer pressure is palpable.

Lucky for me, I have one too. And although I was initially skeptical about how I’d incorporate an iTouch into my routine, I’ve done so and continue to push my boundaries by attempting to go “paperless”.

Back to my ride on the Toronto subway. Today, like so many other passengers, I’m mesmerized by my own device, watching some inspirational TED talks that I’ve downloaded.

When I look up, I’m surprised to see two people talking across from me. I can tell they’re strangers; you wouldn’t expect to see these two keeping company.

The woman is plump and dark-skinned, wearing an orange wig that couldn’t possibly be assumed to be natural. I figure she’s in her early 20’s, and I wonder why she’s wearing such huge fake eyelashes at two o’clock in the afternoon.

Her unlikely conversation partner is a lanky elderly oriental man, wearing clothes that he’s likely worn for the last 20 years but maintained as lovingly as possible. He has a broad cheeky smile and a thick accent.

There is one thing they both have in common: bags. Lots and lots of bags. His are filled with groceries and knick-knacks, and hers appear to be from clothing and accessory stores.

“You got iPhone?” he says to her in what I assume is the middle of an involved conversation about such technology.

“No,” she replies as she produces an iPhone-looking device. “But I have this, which is almost the same. It even looks like an iPhone.”

They go on to discuss price and features at some length. I watch as he asks her a series of simple questions, followed by a pause and thoughtful batting of eyelashes while she considers the question and gives him a patient answer. I keep looking for a sign of impatience or lack of interest on her part for being pestered with such questions, but all signs point to her generally tolerating – if not downright enjoying – the conversation.

“You have music on that?” he asks.

A flickr of a bemused smile floats across her face as she bats her eyelashes with a polite “No, I don’t usually listen to Bob Marley.”

“Oh. I do. I like Bobby,” he says in a vain attempt to appear hip and find more common ground with his subway seatmate.

I meet eyes with the woman, who can see that I’ve been eavesdropping on their conversation. With a mutual smile and understanding wink, I leave the train and wonder how much longer these two will carry on their chat, how it will end, and what will come of it.

The last time I rode the Toronto subway two years ago, I had a great conversation with an Indian lady who invited me to stay with her family in India.

This time around, I’ve noticed sadly that the increased abundance of iPhones and similar devices has shut people up and drawn them into their own worlds. Which is why it’s so refreshing to see a couple of strangers with such diverse backgrounds conversing and relating and having fun.

That’s the Toronto I missed.

6 thoughts on “A Moment in Time on a Toronto Subway”