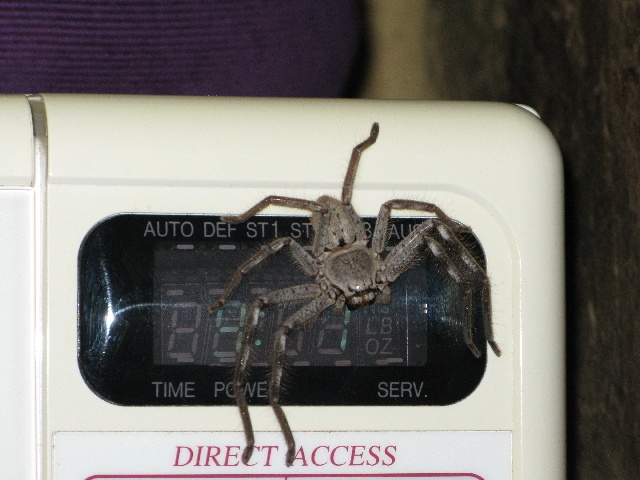 Eek! There’s a huntsman in my car. (Spoiler alert: it was a lot bigger than this little fella you see above).

When I started this vlog, it was at the suggestion of a reader who said I should start a “storytelling podcast”. But for many of the first half a dozen or so episodes, I got sidetracked by all kinds of “useful” topics like What to Pack for Full-Time Travel, answering reader questions about Facing Hardship While Traveling, tips for Traveling Alone as a Woman, and more.

So this time, I wanted to just tell you a story. It’s part comedy, part horror flick, and part metaphysical drama. It’s the story of the huntsman in my car.

Now, a huntsman is a spider in Australia – one of the few non-venomous creatures there (which is good), but also one of the ugliest (which is bad). I was scared of going to Australia altogether for many years solely due to a friend’s story of a huntsman encounter, so when I eventually gathered up the courage to go, I was wary.

I came to actually like these grotesque creatures during my year and change living in Australia…..until…..well……I won’t spoil the story. Watch it below!