Somewhere around 2009, a new thing was born. It was called the “Best Job in the World”, and it was a job that was marketed (and competed for) around the world. The gig was for a blogger to live on a paradise island all expenses paid off the cost of Australia and do paradise-like things while also receiving a cushy salary, all in exchange for blogging about the experience.

The World Nomads Ambassador Trip came before the Best Job in the World was ever unveiled, and if I were to connect dots, I’d say it was a precursor – a test run, if you will – to the Best Job program.

It involved receiving a gaudy campervan decorated with a flurry of sponsor logos (including Traveller’s Autobarn, Lonely Planet, Nokia, and others), to take wherever I wanted for 6 weeks. In exchange for the campervan and some extra accoutrements like a loaner phone and an LP guidebook, I was to write a certain number of posts for publication on both my site as well as their website. (Thus, you’ll see that some of the articles below link to the “full version” on another site).

The World Nomads Ambassador Trip existed as a program for about a year (every 6 weeks another unsuspecting blogger taking to the wheel) before being shut down. Although it was great in concept, it was far from refined, and the writing requirements far outweighed the in-kind compensation.

But, this was back in the day when blogging wasn’t something people monetized, so the World Nomads Ambassador Trip can be forgiven for their transgressions. I hope, similarly, you’ll forgive me for my own transgressions in this series, as I was still carving out my own writing style…..which when I look back at these posts – was pretty horrific.

Having come through sub-tropical rainforests, learned to drive on the other side of the road, squished squeaky sand between our toes at beach towns, slept in the chilly high-altitude tablelands, fossicked for treasure in opal mining towns, driven through the great outback, and hiked through yet more national parks, before … Read More 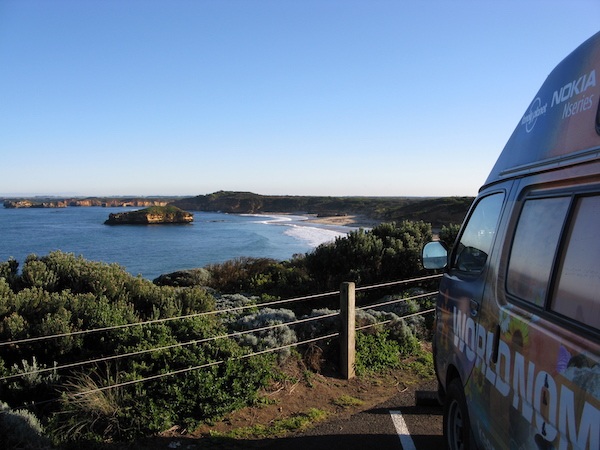 As the road south from the climbing and trekking Mecca of Grampians National Park spilled out onto the ocean a few hours later, we knew our World Nomads Ambassador adventure was coming to an end. But it wasn’t a sad moment, because we plan to go out with a bang, … Read More

This post about Brambuk Cultural Centre was originally published in 2008. It has since been updated for accuracy of links and content. Being from Canada, we feel right at home in Oz. We’ve said it before, and we’ll say it again. Everywhere we turn, we see more and more similarities … Read More

A long blare of a not-too-distant horn echoed throughout Broken Hill around 6:30pm, while we were preparing dinner. Read on to see what this was.

While a title like Royal Flying Doctors might evoke images of yet another hospital trip for Kelly (as happened in Thailand and Hawaii), this story has a much happier ending. This post was originally published in 2008. It has since been updated for accuracy of links and content. No, instead, this … Read More

“When I close my eyes, I see opals,” said Kelly, shaking his head.It seems he has a touch of opal fever. This post was originally published in 2008. It has since been updated for accuracy of links and content. Lightning Ridge and the surrounding areas are famous for its abundance … Read More

“Outback theatre with a twist,” says the flyer for Black Queen, with a picture of an oil lamp and a woman with a mysterious look. I didn’t really anticipate that this opal mining town would exactly have a bustling theatre community, but there it is. This post was originally published … Read More

When we rolled into Lightning Ridge, after a series of unfortunate and displeasing coincidences, we were ready to roll right back out the following day. I was crushed. Luckily things changed, very quickly. This post was originally published in 2008. It has since been updated for accuracy of links and … Read More

Upon first blush in Lightning Ridge, you may find an opal-mining town with very little to keep you here for more than a day or so. It reeks of an environment trying a touch too hard to be attractive to tourists. The one and only road to leading into and … Read More 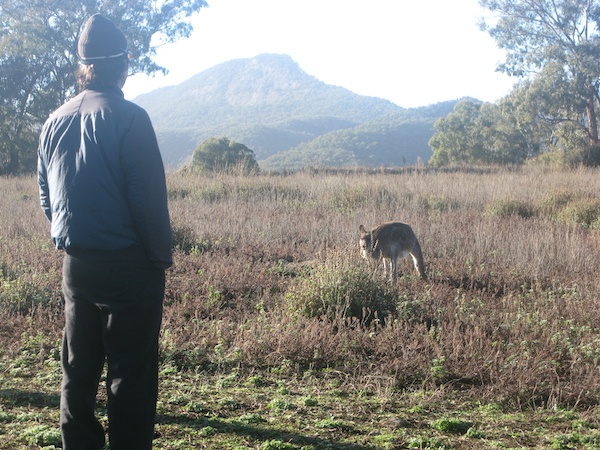 “I’m sure I’ll eventually get tired of seeing all these kangaroos, but for now I just can’t get enough of them,” I said, as I apologetically snapped off a few more pictures at one of my many kangaroo photo sessions. It seems that we’ve happened upon a mecca for wildlife … Read More

This post was originally published in 2008. It has since been updated for accuracy of links and content. Uralla – a very small town in the New England Tablelands (read: high altitude lands) was a painful shot to our tropical arms whilst traveling around Australia in a campervan for 6 … Read More

This post about deep sea fishing with Ballina and Beyond was originally published in 2008. It has since been updated for accuracy of links and content. Byron Bay is lovely. It is a surf town full of surf shops, surf food places, surf cafes, and more surf-y stuff. Everything is … Read More

This post about Vision Walks was originally published in 2008. It has since been updated for accuracy of links and content. “I hope you don’t mind having a corpse in the back of the van,” Wendy said in her ever-cheerful demeanour. She was loading the body of a pademelon (a … Read More

I’m always on the prowl for little differences and idiosyncrasies that add character to a place. And Australia is home to many such charming qualities. I remember reading a book that described Australia as being “almost home” (the author was American). They speak the same language, but with a smaller inset … Read More

(This post about kayaking along Evans River in Australia was originally published in 2008. It has been updated for accuracy of links) “Be careful of the crocs,” Sergio says as we steer our kayaks up a small creek deep in the mangroves. “Really? There are crocs here? Cool!” I say, … Read More

Here’s how Lonely Planet primed us for the town of Nimbin: Landing in Nimbin can be like entering a social experiment, particularly at noon, when Byron day-trippers arrive en masse and find themselves hectored by dreadlocked, tie-dyed pot dealers on the main street. This is the stereotype, of course (not … Read More