A Week-In-The-Life of Bella in South America 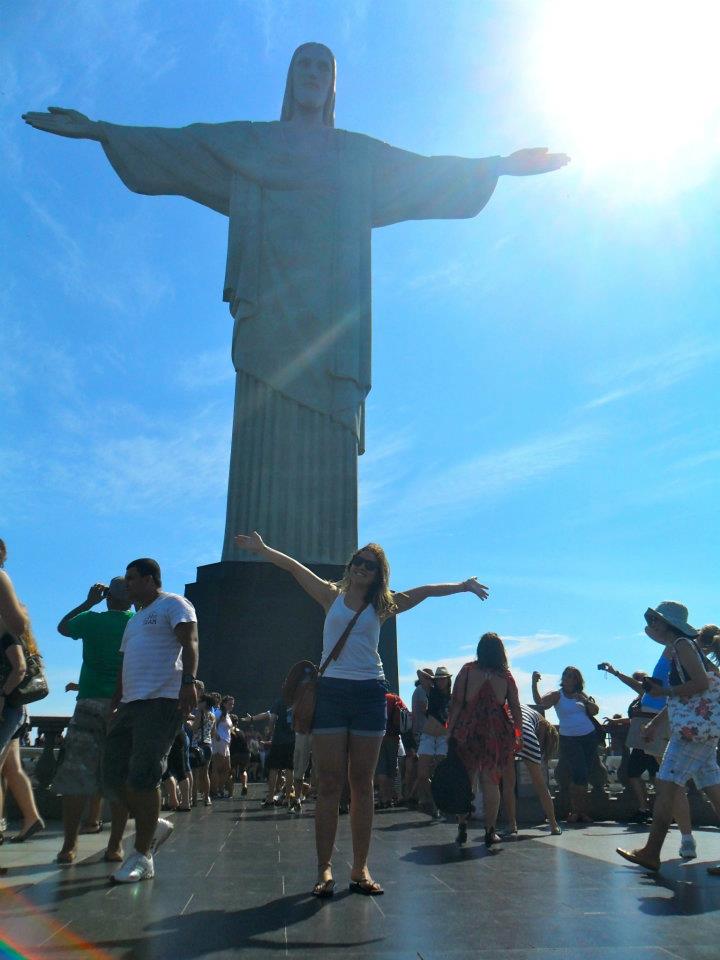 Bella Papadopoulou Dobrowolska is a Swedish journalist with Polish and Greek roots. She’s a globetrotter who has lived in Australia, in Fiji, Asia, and many places in Europe. She has now taken on the notoriously dangerous (but extremely fun) South America. Here’s a week-in-the-life of Bella in South America as it starts in Rio De Janiero, as she (eventually) works her way up to Los Angeles.

This post was originally published in 2012, and has since been updated for accuracy of links and content.

I arrive in Rio at midnight. I have been promised that a driver from the hostel I’m staying at will pick me up. He doesn’t. But in classic Scandinavian-style, I stick around waiting for my ride. For the two whole hours that I am waiting at the airport, I believe that a driver will – at some point – come and pick me up. At least so the guy in the reception (who I have been hassling badly on the phone) says that the driver is arriving in just five minutes. But senor driver is a no-show.

Tired, jet lagged and sweaty I drive through the city in an old and overpriced taxi and even though I can’t see anything due to the darkness and the lack of lights, I still I decide that this city is the single most beautiful city I have seen in my life! Bem vindo a Brasil!

I wake up at 6am sharp feeling more awake than ever. I am in Rio, what is one supposed to do first? A trip to the famous Christ statue? A tour to the suburbs? Go to see a football game or maybe the carnival stadium? No, I take my bikini and head to the playa (or praia in portuguese) where I stay until sunset.

That’s just me folks: the lazy kind of traveller that prefers to sip coffee on the sidewalk and leaves the Guggenheim Museum to the last day. So, my first day in South America I feel like a dream has come true because today I am – like Antonio Carlos Jobim sang – a girl at Ipanema.

Yes, South America is dangerous. Everybody says so and everybody warns you not to got there. But if there is someone that you can always trust will not kill your party mood, then that certain someone is the tourist guide ”Lonely Planet”. All their guides are optimistic and encourage travellers to go off-track.

Not this time though. In their chapter about Rio De Janeiro they talk about the ”Favelas” (the notoriously dangerous suburbs) and say that one should never wander off alone into them. Yes, they even used italic fonts.

This is why I’m especially thrilled today when I – on my way to the beach – get off at the wrong bus stop. It doesn’t quite look like a touristy beach promenade; instead it is loud, hectic and over inhabited.

I turn around and behind me is ”Rochina”: the biggest ”Favela” in South America!

I stop and think to myself ”Ok, Bella this is where you are gonna get your head chopped off. You had a good run, 24 years fun years is not too shabby at all”.

As I surrender to letting the faith take its course, I suddenly feel very safe as I notice that people are smiling at me kindly. It all ends well; I get directions to the beach and get to keep both my kidneys. Tudo bom!

When in Rio, one simply must pay a visit to the Jesus statue, or as I like to call him: J-man!

Truth is that I am not a big fan of sightseeing-travelling; I’m more of an independent-suck-up-the-culture-kind of gal, but today I book a package tour to J-man and some other must-sees. Sometimes it’s just so comfortable when a guide comes, takes you by the hand and shows you where to go and where to take the picture from in order to get the best angle. So I go.

The Jesus statue is something that you see on pictures and in movies on a regular basis so when you see it with your own eyes it should be magical, right? But, as I approach the statue that stands proudly on the top of the hill “Corcovado”, I don’t quite know what to do with the sight. I feel more like: Ok, now I’ve seen it, anyone up for ice cream?

So, I wonder, how is one supposed to feel? If it is not a wow-experience, then is it not better to stay at home and Google-image stuff instead?

“Lapa” is a place in Rio where the real samba dancing is supposed to take place, most preferably, in the middle of the streets. The gringos come to dance to their music and the robbers come to dance with their cameras and iPhones.

After a cervezinha (beer) or two (or five?) we end up in a local Baile funk bar. We walk in and everyone turns around, all thinking exactly the same thing: what on earth are they doing here? Baile funk is best described as insane ass-shaking to bouncy music and songs that make vulgar rap-lyrics sound like lullabies.

And shake we do…a lot! We end up dancing with everyone in the club until the early morning and having the time of our lives. Bella in South America is Loco!

I have a strong theory that language represents the culture of a country and a nation. There are even researched signs that show language affects how we perceive the world.

See also: How to Become Fluent in a New Language

Caitlin Fausey, a graduate student in psychology at Indiana University, previously showed how people that speak Spanish or Japanese have more difficulty than people who speak English to remember who caused an accident. This is because in Japanese and Spanish they don’t have a word for this, instead one speaks in “the vase broke itself” kind of terms due to the grammatical base.

So, I think that the fact that they have over 10 words that are all synonyms for ”awesome” here, says enough about the Brazilian culture!

Today is St. Paddy’s day and it amazes me how it is celebrated all over the world regardless of country. In Rio, the capital of Brazilian culture, there is a beach called Ipanema, which is an even stronger symbol for that culture.

So it comes as a surprise when I see that the whole road is filled with clovers and Paddy-celebration. Amongst the palm trees and the sound of samba from the apartments around, people of all nationalities are dressed in green yelling ”one more pint oy!”

Bella in South America is headed to Itacare to try and find some work for a month and hang out, on this mammoth journey working her way slowly up to Los Angeles. You can follow her adventures at Ecology Now and other environmental pursuits.